Windows 7 support will end on January 14, 2020. From a security perspective, security patches will not be available. 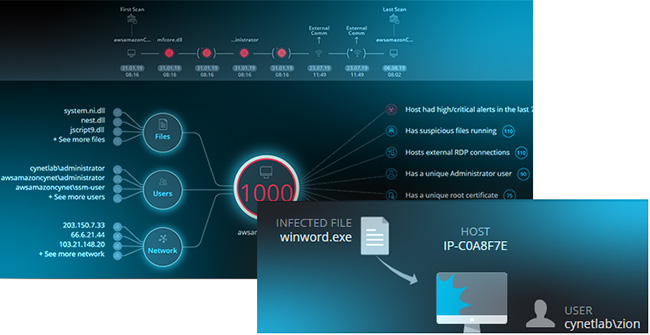 Cynet 360 autonomous breach protection is a good example of a multilayered advanced protection solution that can enables organizations who run Windows 7 to remain secure despite the end of support.

“It’s a critical challenge for many organizations”, says Eyal Gruner, founder and CEO of Cynet. “The reality is that Windows 7 is alive and kicking in many organizations even if Microsoft chooses not to protect them anymore. It should be a wake-up call to any CISO to ask himself or herself how to adjust to this new reality”.

What indeed can be done to protect Windows 7 machines in the post EOL era? Gruner explains that this is where multilayered protection should step in.

“One of our main guidelines when building Cynet 360 was to be able to operate in a fast-changing environment, meaning that every type of attack is analyzed from multiple perspectives, each resulting with a different protecting mechanism. If we take exploits targeting Windows 7 as an example, there is first the exploit protection per-se. By closely monitoring process behavior in memory, the detection engine can easily detect behavioral patterns that are typical to exploits and would never occur in a legitimate process.”

“And we should remember that in most to all cases, the exploit itself is not the end but the mere mean to open a network connection and download the actual malware. Cynet 360 monitors that connection as well. And if a process starts running Cynet would analyze it in real time – regardless if there was an actual download of file to disk or if the payload runs only in memory – and use multiple behavioral analysis methods to detect if it’s benign or malicious, terminating it in the case of the latter.”

So, is Windows 7 EOL a reason to be concerned? Probably yes. Can organizations that run Windows 7 maintain the same level of security as they did before? Yes, as long as they have the right type of protection in place.