If you have Cisco equipment in your enterprise network – and chances are good that you have – you should check immediately which feature the newly revealed CDPwn vulnerabilities in Cisco’ proprietary device discovery protocol and implement patches as soon as possible. 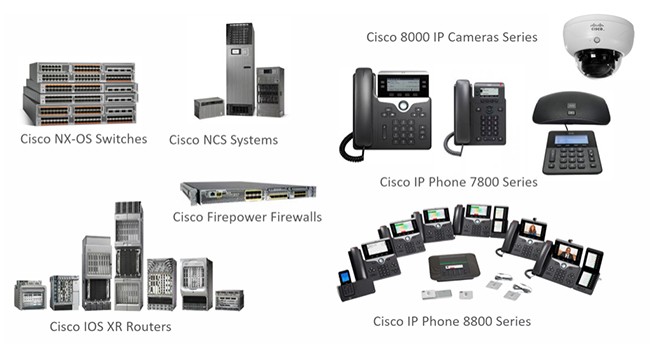 All of the flaws affect the Cisco Discovery Protocol – a Layer 2 protocol that runs on Cisco devices and facilitates their management by discovering them, determining how they are configured, and allowing systems using different network-layer protocols to learn about each other.

“For those products that must run CDP for certain functionality, customers are encouraged to follow best practices on network segmentation to avoid untrusted devices from sending CDP packets or ultimately upgrade those devices with the available software fixes.”

Needless to say, fixes should be prioritized over CDP disablement.

First things first: Cisco PSIRT is not aware of any malicious use of any of the CDPwn vulnerabilities.

Also: These vulnerabilities cannot be exploited from the Internet or from a different broadcast domain/subnet – the attacker must be in the same broadcast domain or subnet as the affected device (“Layer-2” adjacent) to exploit the flaws. That means that the attacker has to first gain a foothold in the target network.

But, once that’s achieved, he or she can use the CDP vulnerabilities to:

“CDP is a protocol that is based on multicast ethernet packets that are sent throughout the network. An attacker that is connected to an affected switch, for example, can simply send a maliciously crafted CDP packet, which will trigger the vulnerability and can lead to remote code execution. Unfortunately, the discovered RCE vulnerabilities are all easily exploitable, being either stack or heap overflows, with minimal mitigations in place to prevent them turning into functional exploits,” Ben Seri, VP of Research at Armis, told Help Net Security.

As Armis pointed out, 95%+ Fortune 500 companies use Cisco Collaboration solutions, and large numbers of these devices end up in places that attackers find extremely valuable: trading floors, boardrooms, the CEO’s conference room, and so on.

“While enterprises will often use network segmentation as a means to isolate these devices from other parts of the network, CDPwn could be used to break through those boundaries to allow for unauthorized access and compromise,” they added.

More information about the flaws, fixes and mitigations can be found on Armis’s site, Cisco’s advisories and this blog post.