Mozilla has released critical security updates for Firefox and Firefox ESR on Friday, patching two vulnerabilities that are being actively exploited by attackers. 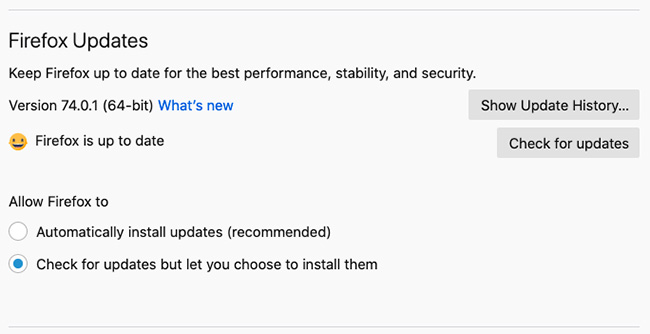 No additional details about them have been provided and the bug entries in Mozilla’s bug database are still unaccessible to the wider public. The bugs have been rated “critical”, which means that chances are high they can lead to remote code execution (whether individually or concatenated together).

The vulnerabilities (and presumably their active exploitation) have been flagged by security researchers Francisco Alonso and Javier Marcos.

One of Alonso’s comments on Twitter seems to indicate that the flaws may also affect other browsers:

There is still lots of work to do and more details to be published (including other browsers). Stay tuned.

Home users and enterprise admins are advised to implement the provided updates as soon as possible.

I would also urge home users to think about making Firefox update itself every time a new update is made available, as recommended by Mozilla. If you generally don’t think twice about installing offered updates, the “Automatically install updates” option might be the right thing for you.

The last actively exploited Firefox zero-day vulnerability before these was patched in January 2020.