Thirdwayv announced it has added the SeamlessConnect solution to its family of connectivity and security-by-design building blocks for deploying mission-critical commercial and enterprise Internet of Thing (IoT) applications.

The SeamlessConnect solution ensures IoT devices can continuously send and receive data from the cloud, and works seamlessly with Thirdwayv’s SecureConnectivity solution for connecting and protecting wireless, safety-critical devices and its AppAuth solution for ensuring IoT system elements can be controlled securely through a smartphone app.

“Customers are deploying IoT systems in applications ranging from connected health devices to track-and-trace solutions and products requiring user identity or age verification, and each demands ‘always-on’ connectivity so systems can get the most recent device data and immediately change device performance,” said Vinay Gokhale, Vice President of Business Development with Thirdwayv.

“Solutions that depend exclusively on a handheld device or smartphone to deliver this cloud connectivity cannot always achieve the high level of continuous data availability and device control required for mission-critical applications. SeamlessConnect solves the problem and joins our SecureConnectivity and AppAuth solutions to provide a third critical layer in our end-to-end IoT system deployment offering.”

SeamlessConnect enables system developers to deploy two types of communication gateways so that their IoT systems have continuous control over mission-critical connected IoT devices and the constant supply of fresh data from them that is required in medical, industrial and infrastructure applications.

The SeamlessConnect product can be implemented either through a software development kit (SDK) for creating an app or through a reference design for developing gateway hardware.

Both implementations can be deployed together or on a standalone basis and improve connectivity of an IoT system. In conjunction with Thirdwayv’s SecureConnectivity and AppAuth products, SeamlessConnect also improves the ability to configure IoT devices in a secure manner with commercial smartphones, or through the cloud.

When deployed using Thirdwayv’s app SDK, the SeamlessConnect solution runs not just in the foreground, but also in the background for both iOS and Android operating systems.

As long as the smartphone user starts the app once and configures it for continuous operation, it will stay in the background and harvest data from the IoT device, without any further user intervention, whenever the device is in proximity to the smartphone.

This deployment uses nimble, multi-bridge technology to enable a secondary path for the IoT device to communicate to the cloud when its primary network connection (over LTE, or Wi-Fi) is inoperational. The app SDK offers multiple tunable parameters for optimizing overall system performance.

Thirdwayv’s hardware reference design enables system developers to use the SeamlessConnect product as a small-form-factor bridge that utilizes one communication protocol to interact with the IoT device (most of which feature only personal area coverage) and another to communicate to the cloud.

SeamlessConnect reference designs can be used with Wi-Fi, LTE or NB-IoT for wide area communications and with BLE, Wi-Fi or NFC for communication to the IoT device. Everything required for a complete solution is included in the reference design except for a power source, which is generally provided by standard USB power converters similar to those used to charge cellphones.

Like Thirdwayv’s SecureConnectivity and AppAuth products, the software-only version of SeamlessConnect is made available via an SDK and application programming interfaces (APIs) for rapid incorporation by IoT smartphone App developers.

The SeamlessConnect hardware reference designs are provided with full documentation including bill of materials, gerber files and schematics. 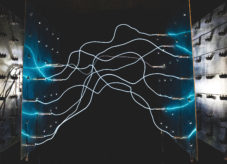