Apricorn announced the release of an 18TB version of its Aegis Padlock DT FIPS desktop drives. Continuing its history of innovation and industry leadership, Apricorn is the first to bring an 18TB encrypted drive to market, delivering high performance and mass capacity. 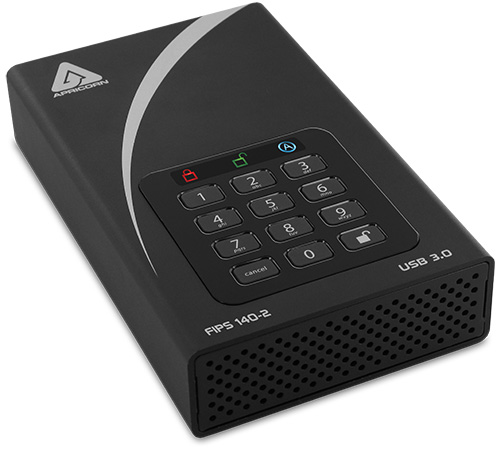 Consistent with the Apricorn line of secure drives, all passwords and commands are entered by way of the device’s onboard keypad. One hundred percent of the authentication and encryption processes take place within the device itself and never involve software or share passwords / encryption keys with its host computer.

Additionally, all have military grade 256-bit AES XTS encryption so firmware is locked down and can’t be updated or modified, defending against malware and ensuring data remains secure and accessible only by the user.

“The Padlock DT FIPS are secure and extremely easy to use drives that make sense for organizations that want to be absolutely certain their sensitive data is offline and archived. Especially now, as we see an increase in online data theft attempts from state-sponsored sources, taking data offline is the best way to keep it guarded.

“Adding an effective and economical 18TB drive to our product set is just one of dozens of innovations we have made over our 37-year history of creating industry-leading hardware.”

Fully hardware-based and 256-bit AES XTS encrypted, the Padlock DT series bolsters onboard keypad PIN authentication and ultra-fast USB 3.2 Gen 1 (3.0) data transfer speeds. All data is encrypted on the fly as it’s being written to the drive, and the devices’ PINs and data remain encrypted when the drives are at rest.

Apricorn devices provide a simple and secure method for transporting sensitive data outside the firewall or storing offline, and help companies in regulated industries adhere to compliance regulations including finance, government, power & energy, legal and healthcare.