The global economy increasingly depends on data flowing freely across borders, yet the number of nations with regulatory barriers preventing that from happening has nearly doubled in four years—from 35 countries in 2017 to 62 now, according to a new report from the Information Technology and Innovation Foundation (ITIF). Together, those countries have implemented 144 measures that confine data within their borders—a concept known as “data localization”—up from 67 such barriers in 2017. 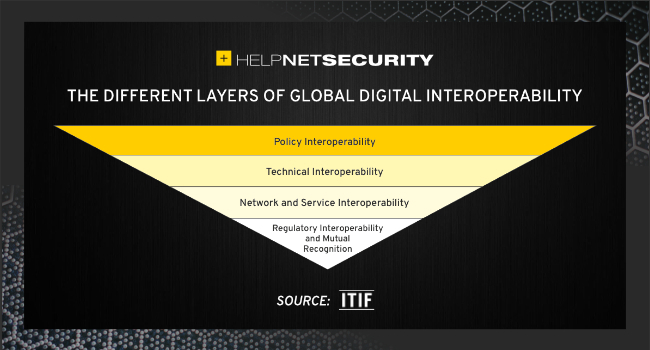 Using econometric modeling, ITIF has found that restricting data flows with these localization requirements has a statistically significant impact on a nation’s economy—sharply reducing its total volume of trade, lowering its productivity, and increasing prices for downstream industries that increasingly rely on data.

“Data localization is on the rise, and the restrictions make it increasingly costly and complicated to do business in the digital economy,” said Nigel Cory, ITIF’s associate director of trade policy. “In many cases, these policies take root because policymakers assume that storing data domestically is a sensible way to protect their citizens’ privacy or security—which is not true. In other cases, governments do it for nationalistic or authoritarian purposes. Either way, it’s self-defeating. The evidence is clear that restricting data flows damages economies by inhibiting trade, lowering productivity, and raising prices.”

Surveying the international policy landscape, ITIF has identified 154 cases of explicit or de facto data-localization regulations currently in effect in 66 countries—plus another 38 policies that countries are considering but have not yet enacted. ITIF’s analysis finds that the most data-restrictive countries in the world are China, which has 29 localization measures in force; India, which has 12; Russia, with 9; and Turkey, with 7.

Using a data-restrictiveness index derived from OECD data on product market regulations, ITIF estimates that a 1-point increase in a country’s data restrictiveness reduces its gross trade output by 7 percent, slows its productivity by 2.9 percent, and increases downstream prices for data-reliant industries by 1.5 percent over five years.

“China is the best example of how data-localization policies are self-defeating,” said Luke Dascoli, an economic and technology research assistant at ITIF. “In the five-year period from 2013 to 2018, it added eight new data-localization measures. That contributed to its data-restrictiveness score increasing in our model by 0.25 points. Based on that, we estimate that China’s data restrictions have decreased its trade output by 1.7 percent and its productivity by 0.7 percent, while increasing prices 0.4 percent among downstream industries that rely on data. In that respect, the Chinese government is unwittingly throwing sand in the gears of its grand plan to dominate the industries of the future.”

The new report provides a detailed analysis of how data localization is spreading globally and summarizes the most common ways policymakers rationalize their motivations.

The report then provides a quantitative assessment of its growing impact. ITIF concludes that like-minded nations should work together to stem the tide and build an open, rules-based, and innovative digital economy. To that end, ITIF offers broad recommendations and specific steps to achieve them.

“Data localization undermines the potential for an open, rules-based, and innovative digital economy,” said Cory. “Policymakers should update their countries’ laws to address legitimate data-related concerns—but they also should ensure that people, firms, and governments can maximize the enormous societal and economic benefits of data and digital technologies.”

“The pandemic made clear that data flows are critical to the global economy. The task now is to ensure that the digital economy remains an engine of economic growth and recovery,” Cory concluded. “Thankfully, some countries share that goal and are collaborating on new agreements, frameworks, and legal mechanisms to promote data flows and improve governance of digital trade. The onus will be on like-minded partners such as Australia, Canada, Chile, Japan, Singapore, New Zealand, the United States, and the United Kingdom to press forward in developing these constructive alternatives to data localization.”