46% of all on-prem databases globally are vulnerable to attack, according to a research by Imperva. 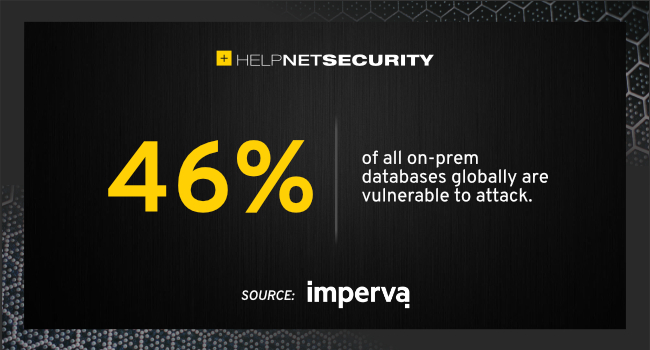 56% of the Common Vulnerabilities and Exposures (CVEs) found were ranked as ‘High’ or ‘Critical’ severity, aligned with guidelines from the National Institute of Standards and Technology (NIST). This indicates that many organizations are not prioritizing the security of their data and neglecting routine patching exercises. Based on Imperva scans, some CVEs have gone unaddressed for three or more years.

“While organizations stress publicly how much they invest in security, our extensive research shows that most are failing,” says Elad Erez, Chief Innovation Officer, Imperva. “Too often, organizations overlook database security because they’re relying on native security offerings or outdated processes. Although we continue to see a major shift to cloud databases, the concerning reality is that most organizations rely on on-premises databases to store their most sensitive data.

“Given that nearly one out of two on-prem databases is vulnerable, it is very likely that the number of reported data breaches will continue to grow, and the significance of these breaches will grow too.”

Regional analysis uncovers significant disparities between nations, with countries such as France (84%), Australia (65%), and Singapore (64%) having much higher incidences of insecure databases.

However, for countries such as Germany and Mexico, while the number of insecure databases is relatively low, those that are vulnerable are well above the average when it comes to the number of vulnerabilities capable of exploitation. 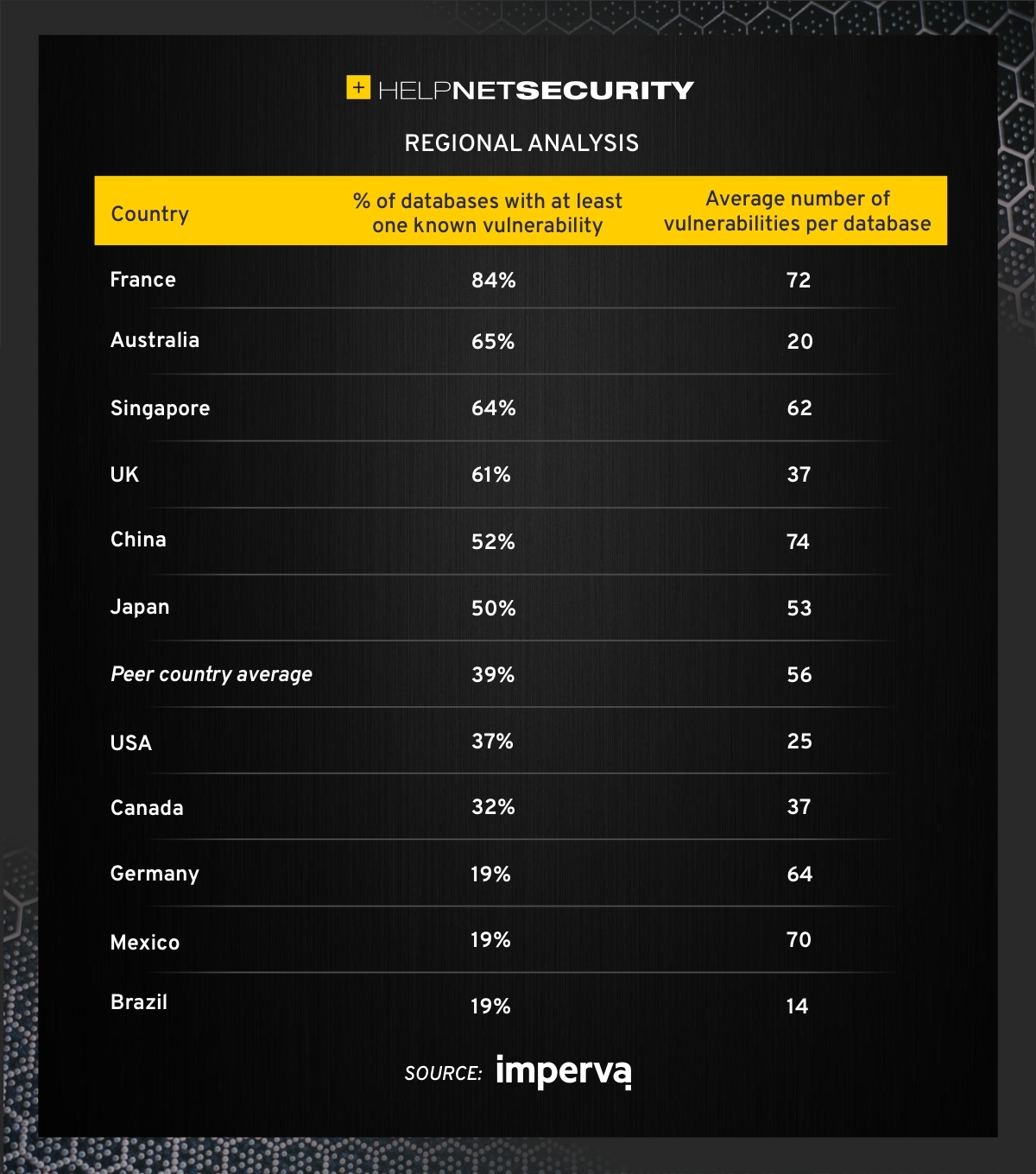 A vast landscape of opportunity for attackers

The unprecedented number of database vulnerabilities offers attackers a vast landscape of opportunity. A separate study earlier this year found that the number of data breaches is growing by 30% annually while the number of records compromised increases by an average of 224%.

For non-publicly accessible databases, attackers can use a range of tools such as SQL injections (SQLi) to exploit vulnerabilities in web applications that are connected to a database. This remains a consistent business threat as nearly 50% of breaches in the past several years originate at the application layer. Separately, attackers may use phishing and malware to gain a foothold in the internal network and then move laterally to the vulnerable database.

When it comes to public databases, the threat is even greater as exploiting them requires even less effort. Attackers can search for vulnerable targets through tools such as Shodan and acquire exploit code through repositories like ExploitDB which hold hundreds of exploit POC codes. From there, the attacker can run the exploit from anywhere since the database has a public IP address.

Given the staggering number of vulnerabilities that exist in on-premises databases, it should come as no surprise that the number of data leakage incidents has increased 15% over a 12-month average. An analysis of data breaches since 2017 shows that 74% of the data stolen in a breach is personal data, while login credentials (15%) and credit card details (10%) are also lucrative targets.

“Organizations are making it too easy for the bad guys,” continues Erez. “Attackers now have access to a variety of tools that equip them with the ability to take over an entire database, or use a foothold into the database to move laterally throughout a network. The explosive growth in data breaches is evidence that organizations are not investing enough time or resources to truly secure their data. The answer is to build a security strategy that puts the protection of data at the center of everything.”