The Identity Theft Resource Center (ITRC) has published a report on the impacts of identity crimes and cyberattacks on small businesses. 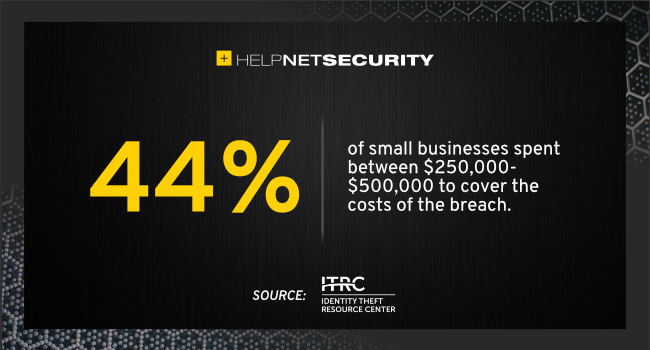 There are 42 million solopreneurs, according to a 2019 report from Spencer Brenneman. Yet, there is little information about how small businesses are impacted by the rise in identity crimes and cyberattacks. The ITRC solicited impact information directly from the small business owners and leaders affected by security and data breaches.

For the report, 417 small business leaders and 1,050 general consumers responded to questions in two separate surveys about the impacts of cybercrimes on small businesses as defined by the U.S. Small Business Administration (SBA).

Behind all of these statistics are people,” said Eva Velasquez, President and CEO of the Identity Theft Resource Center. “The resources stolen by cybercriminals are the same resources needed to sustain or grow a business to keep families safe, healthy and financially secure. It is critical we share these eye-opening findings so everyone can better understand the impacts of identity crimes, particularly on people just trying to support their families and the families of their employees.”

Another important finding discovered in the report is that 42 percent of small businesses needed one to two years to return to normal. 28 percent of respondents say it took their business three to five years to recover fully.

“These identity crimes are not just costing small businesses and solopreneurs a lot of money,” Velasquez said. “It is also taking them a long time to put their business back on a path to growth. Now that we have data on the impacts of data and security breaches on small businesses, we must use it to help support the broad range of identity crime victims.”