Modern applications and software have evolved as the transition to the cloud was accelerated by widespread digital transformation, as enterprises of all sizes made heavy investments in their technology stacks. This opened the floodgates for a new era of technology, with developers creating software for business use at a much higher level than previously. 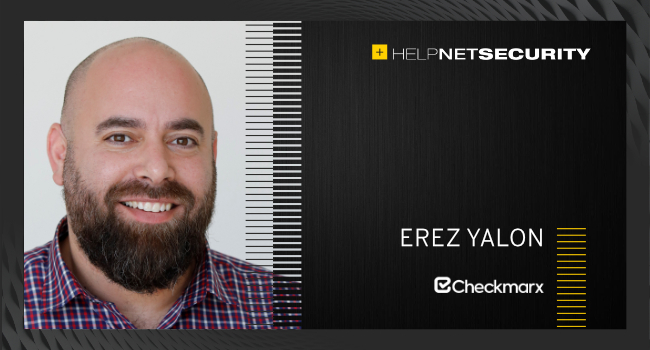 The progress within modern application development doesn’t directly translate to the security world, however, as it often ends up being the aspect that gets left behind. Security – specifically software security testing – has always lagged when it comes to widespread adoption. Even as digital transformation has revolutionized business operations on a global scale, the failure to adopt modern testing practices has affected security’s ability to simultaneously evolve with both the times and technology. Some organizations have failed to recognize that every new technology comes with the overhead of new weaknesses and attack vectors and a new set of necessary tests.

While many modern applications include features that innovative organizations crave within their technology stacks, these future-fueled applications can inadvertently uncover some opportunities for potential adversaries. Even worse, many of these vulnerabilities can go overlooked by security teams as they learn to navigate modern architectures that aren’t immediately adaptable to their typical security testing practices.

In order to maintain a more proactive and defensive approach, security professionals need to consider instilling new testing regimens and processes to remain ahead of the curve and ensure their respective organizations remain protected on their watch.

When it comes to navigating modern application architecture, the biggest challenge for security professionals and IT managers is processing the number of different components that now need to be acutely factored into their decision-making, especially when it comes to security testing.

Technology has advanced in a way that developers can enact different functionalities by combining various modules together (not just the classic code, but also different containers, orchestrations, infrastructures and APIs), but each of these components will require its own distinct set of best practices when it comes to the security testing needed to protect the entire application.

Testing each modern app component separately – the way security testing was historically done – is no longer going to provide the holistic visibility needed to properly analyze an organization’s security posture, meaning that the days of traditional solution testing are behind us.

Security professionals need to have everything tested together, as a complete application and with the context of full functionality, to truly understand how the whole stack operates and communicates. This isn’t just for each building block of the solution, but the connection points between each block as those correlation points represent some of the most susceptible vulnerability points where adversaries lurk.

A large contributor to the rising issues with modern application security testing lies in the shift left vs. shift right debate. While common in the security industry, the conversation tends to generate friction in the developer community.

Shift left approaches begin to yield vague and general results with the developer writing the first line of code, and vulnerabilities can be caught as early as possible. On the other hand, shift right aligns with where vulnerabilities are detected closer to the full deployment of the software, sometimes only in production runtime.

Shifting toward the right is usually the easier approach, as it provides results that are more accurate and actionable, enabling developers to run the code and then find the mistakes, but it isn’t always the desirable choice, as many times the detection is simply too late. That means the fixes are harder, costlier, and in worst-case scenarios, your organization could already have been exposed to any given vulnerability. On the other hand, shift left enables developers to see the security testing results as early as possible, saving both time and money for IT teams in the long run.

The key to conquering this tension is fostering a painless testing methodology that can be envisioned as “one platform to rule them all.” Having one platform that runs an analysis on all relevant components – code, infrastructure, APIs, containers and third party software – all by one engine that also takes into account the correlation points between each component, provides holistic visibility that is needed for enhanced modern app architectures.

Additionally, this enables security professionals to harness a shift-left mentality, as having the results and context all displayed within one platform provides that visibility at a much earlier stage and allows for action to be taken in real-time, instead of after the software has been fully deployed.

This all may sound too good to be true – and it is – but just for right now. The industry is moving in this direction where these advancements in security testing are heavily needed as organizations continue to adopt new software and services by the day. As the average enterprise technology stack becomes increasingly layered with new and innovative applications, they will all be rendered useless and even dangerous if the vulnerabilities within them go undetected. The future of modern application architecture is here – shouldn’t the proper security testing techniques follow suit, as well?