A Identity Theft Resource Center and DIG.Works research explored the relationship between data breach notices and a decision for a consumer to freeze their credit, as well as credit freezes in general. 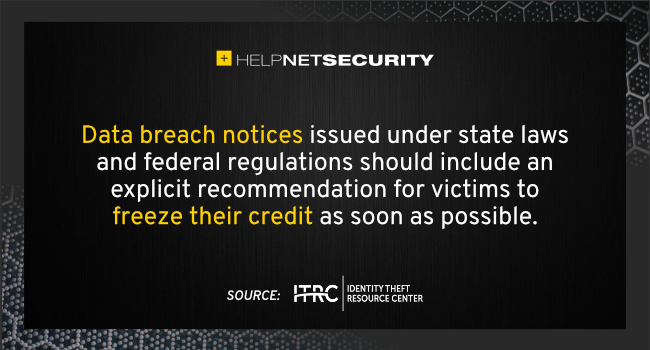 The research surveyed 1,050 U.S. adult consumers on the topic and discovered that most consumers are familiar with the credit freeze process. However, there is a disconnect between awareness of credit freezes and how often consumers use them to protect their or their family’s identities.

“The vast majority of people know what a credit freeze is but do not take advantage of this valuable resource,” said Eva Velasquez, President and CEO of the Identity Theft Resource Center.

“A credit freeze is generally considered the most effective tool to prevent new accounts from being opened in your name. This research shows that there needs to be improved awareness and utilization of credit freezes, particularly for minor children.”