Edgescan announces the findings of a report which offers a comprehensive view of the state of vulnerability management globally. This year’s report takes a more granular look at the trends by industry, and provides details on which of the known, patchable vulnerabilities are currently being exploited by threat actors. 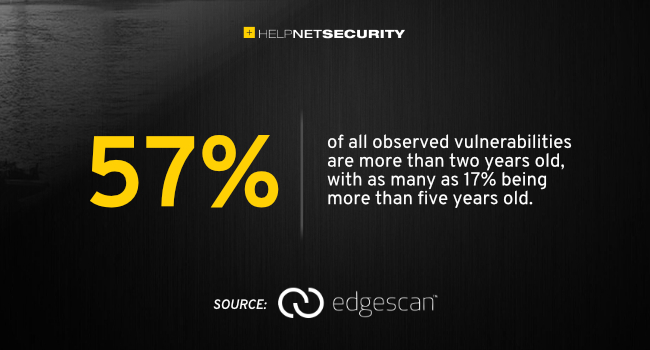 The report reveals that organizations are still taking nearly two months to remediate critical risk vulnerabilities, with the average mean time to remediate (MTTR) across the full stack set at 60 days.

High rates of “known” (i.e. patchable) vulnerabilities which have working exploits in the wild, used by known nation state and cybercriminal groups are not uncommon.

While the size of an organization bears little weight on MTTR, significant differences were observed across industries. Healthcare organizations (NAICS 62) – despite the extreme pressure they endured in the past two years – came out on top, with an MTTR of just 44 days. At the opposite end of the spectrum, the public administration sector (NAICS 92) took an average of 92 days to remediate known vulnerabilities – a month longer than the cross-industry average.

“Patching and maintenance are still a challenge, and so is detection. Attack surface management and visibility is paramount, and with our report we aim to inform enterprises of the most common exposures,” said Eoin Keary, CEO of Edgescan.