For some time, cryptocurrency was considered a fringe currency – a libertarian means of investing that challenged the traditional framework of brokers, trade desks and advisers. Cryptocurrency was unique: for good and for ill, it put investments (and market fluctuation) in the hands of the public. 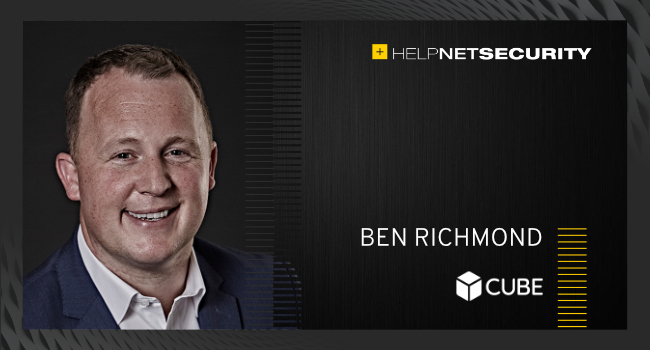 Latest figures from the White House now estimate that around 16% of US citizens are investing in cryptocurrencies. Gone are the days of cryptocurrency on the fringes, it now exists (albeit tentatively) in the mainstream of financial services. Despite this, it remains on the fringes of regulatory parameters and government understanding. Or it did, until this week.

On March 9, President Biden signed an executive order that will mark a turning point for cryptocurrency – not only for regulation, but how it is perceived the world over. The order is the first of its kind to explore a “whole-of-government” approach to understanding and addressing the risks and benefits of digital assets and the technology in which they are founded.

The executive order, unlike other government messaging so far, acknowledges but does not dwell on the inherent risk of cryptocurrency. Instead, it calls on government agencies and regulators to “drive US competitiveness and leadership” in digital assets, while also identifying risks and addressing “any regulatory gaps.” In a week that saw both the SEC and CFTC issue high-value charges against fraudulent cryptocurrency actions, this is both welcome and refreshing to see.

Cryptocurrencies and digital assets offer huge value to financial markets. Not only do they lay a foundation for innovation and technology that reinvigorates the traditional make up of “financial services,” they open the financial space for more affordable and accessible finance. This is something that the executive order acknowledges and encourages further exploration of.

Until now, cryptocurrency has been broached with caution. In the UK, for instance, the Financial Conduct Authority has warned that “investors in crypto-assets should be prepared to lose all their money.” Such statements acknowledge risk but fail to take steps to address that risk. Biden’s executive order is the first step in a government-wide addressing of cryptocurrency risk, and the starting block from which cryptocurrency could become safer, more accessible, and more accepted.

Biden’s executive order serves several purposes, but its overarching message is that cryptocurrency should no longer sit on the fringes – it should be brought into the mainstream and tempered accordingly. While there may be a few cryptocurrency purists who will shun this and any subsequent regulation for cryptocurrency in protection of its original, libertarian roots, most of the cryptocurrency community will no doubt be pleased to see it being legitimized and deemed worthy of regulatory scrutiny.

The order does not set out new regulation, but instead encourages the closing of “regulatory gaps” and “encourages regulators to ensure sufficient oversight” of the risks posed by digital assets. There is no doubt that with this new exploration, we will see new regulations or at the very least the broadening of existing regulatory parameters for cryptocurrency.

While this will mean more work up front for the compliance and regulatory change teams, in the long term it will create a huge advantage in the US. The current regulatory framework around cryptocurrency is fragmented at both state and federal levels. Across the globe, financial regulators have made efforts to regulate, or at least register firms that offer cryptocurrency. However, there remains a lack of clarity and a lack of global regulatory standards. As such, compliance teams currently battle hundreds of fragmented regulatory obligations to create something that will withstand regulatory scrutiny.

The signing of this Executive Order has the potential to add new vigor to regulatory discussions, and will no doubt see an aligning of regulatory understanding, which will simplify matters for compliance in the longer term.

Cooperation for strong regulation and standards

The time, resource and administration needed to manage the lack of regulatory standards accounts for a large percentage of the work of the compliance team. First, the team must scour the regulatory internet and track changes where they occur. Then they must align these regulatory obligations and expectations across border and jurisdiction, understand which takes precedent, which applies where and to whom. Finally, these regulations will need to be mapped to internal policies, procedures and controls. In short, the compliance team must unpick different regulations and sew them back together in a patchwork of broadly-the-same-but-slightly-different regulations. The fewer the standards and the lesser the collaboration, the greater the complexity.

That this executive order asks for “coordinated action across all relevant U.S. Government agencies” will be music to the ears of many. Not only could this order mark the beginning of new regulatory initiatives, but those initiatives could also be built collaboratively, meaning an increased chance of standardization – and less complexity for compliance.

This is especially true given the order’s request for collaboration “with our allies and partners to ensure international frameworks, capabilities, and partnerships are aligned and responsive to risks.” It is likely that we will see new regulations being built with regulators, tech leaders and crypto founders involved in the regulatory process from the start. This will be a huge leap for regulatory developments and, without getting carried away, could spark the beginning of a global approach to regulation.

Welcoming openness and inquisitiveness for technology

While Biden’s executive order falls short of outlining a clear plan for the future of cryptocurrency and digital assets, it goes a long way to legitimizing digital currencies. No doubt we will see a ripple effect across the globe in the months to come. What is particularly important is the statement by a government that, instead of being fearful, is being explorative and inquisitive about new technology and innovation. Technology, especially in financial services, is a natural evolution. While there will be resistance to change, the need and indeed the benefits in today’s digital world will prevail. The fact that Biden has recognized the potential in technology can only be a good thing for the end consumer, and – as a result – we expect to see regulatory effectiveness improve.