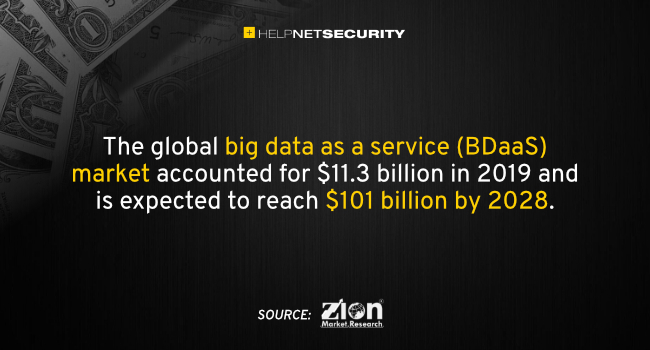 The sectors which were opened up as essential services did not bring in the growth for the market which was required. Though, as the operations of industries were remote, its requirement for big data as a service (BDaaS) market was witnessed.

To obtain a competitive advantage, the organizations must understand and use insights that have been gained from the large information sets. All these advantages offered by the BDaaS are adding up to its surge in the demand across several sectors and are boosting the growth of the global market.

With the largest share, North America was a leading regional market for big data as a service (BDaaS) in 2020 followed by Asia Pacific. North America is expected to be the fastest growing region for the big data as a service (BDaaS) market. The presence of a large number of big data vendors in the region is expected to boost the market. The openness of the organizations to adopt new technologies such as advanced analytics, artificial intelligence, machine learning, internet of things, and cloud services acts as a catalyst for the growth.

The Asia pacific region is also expected to grow over a period of time. Countries such as India, Japan, China, among others are driving the growth of the market in the region. The growth of SMEs and the retail sector which have adopted big data as a service (BDaaS) will grow even more in the coming years.