What if you could sit down with some of the most talented security engineers in the world and ask any network security question you wanted? A new book from O’Reilly Media, Security Power Tools, lets you do exactly that. In it, members of the Juniper Networks’ Security Engineering team along with a few guest experts reveal how to use, tweak, and push the most popular network security applications, utilities, and tools available using Windows, Linux, Mac OS X, and Unix platforms. 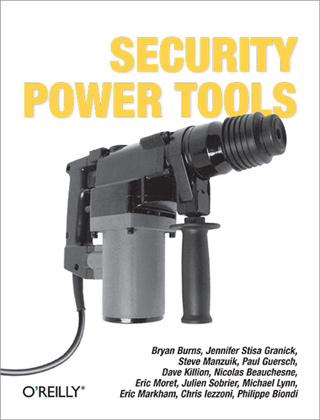 Their effort culminates as twenty-three cross-referenced chapters that cover the best security tools on the planet for both black hat techniques and white hat defense tactics. Security Power Tools is packed with their tips, tricks, and general how-to advice about an assortment of freeware and commercial tools, ranging from intermediate level command-line operations to advanced programming of self-hiding exploits.

The book is divided into six main technical sections: