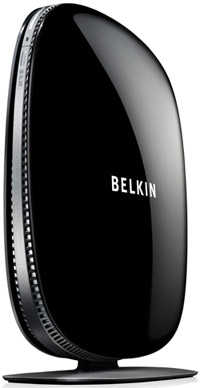 Featuring dual-band combined speeds of up to 900 megabits per second, the Advance N900 delivers maximum data speeds on both the 2.4GHz and 5GHz bands simultaneously. Built for high speeds, the N900 uses the IEEE 3×3 standard to transmit data on three streams, which gives 50 percent better throughput.

Though the Advance N900’s speed and range set the benchmark for the router’s performance, other features of the router combine to create the ultimate wireless home networking experience for laptops, tablets, smartphones and AV devices.

IntelliStream quality of service (QoS) automatically prioritizes video and gaming streams to eliminate buffering for uninterrupted streaming, and a 600MHz multi-thread processor enables high-bandwidth multitasking across all devices on the network.

Furthermore, a hardware-based Network Address Translation is implemented in the core chipsets to enable lightning-fast NAT speeds (up to 900+ Mbps) and the ability to route at these speeds—without compromising the performance of the rest of your home network.

The Advance N900 is a snap to install with Belkin’s Easy Setup, a simple process for getting the router out of the box and online in three easy steps, and also comes with pre-configured encryption settings for built-in wireless security.

The Belkin Advance N900 DB Wireless Dual-Band N+ Router will be available for pre-sale on Amazon.com in January and at other U.S. retailers in April for $199.99.