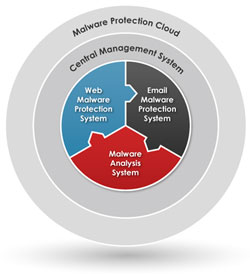 The File MPS extends the FireEye security platform to protect companies and federal agencies from another key stage of an advanced targeted attack.

The solution complements the Web MPS and Email MPS appliances, which protect against Web-based and email-based threat vectors, by addressing the malware resident on file shares used by cybercriminals to establish a long-term foothold in the network and to infect systems, even those without access to the external Internet. Now, enterprises can not only stop Web and email attacks, but can also detect and eliminate the malware resident on file shares that target sensitive information.

The FireEye security platform addresses advanced targeted attacks that use sophisticated malware and APT tactics, not only to penetrate defenses, but also to spread laterally through file shares. Many corporate data centers remain vulnerable to advanced malware because of the ineffectiveness of traditional defenses like anti-virus. Criminals leverage this vulnerability in the current security architecture to spread into network file shares, embed malicious code in the vast data stores and become a persistent threat vector to infect and re-infect key systems even after IT remediates them.

“Advanced targeted attacks are a real and present danger representing a serious threat to enterprises, particularly a higher potential for data loss and industrial espionage,” said Lawrence Orans, Research Director, Gartner, Inc. “Gartner believes that cybercriminals will continue to use all available techniques during an advanced targeted attack to successfully bypass traditional security.”