Android users who have a preference for Russian third-party online Android markets should be on the lookout for a malware posing as the Firefox browser.

The developers of this SMS Trojan are obviously trying to ride on the tailcoats of the recent release of the latest version of Firefox for Android: 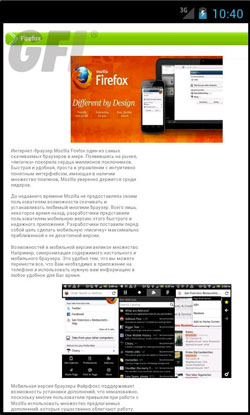 Three .APK files are currently known to be malicious: f7sleep45feed_installer.apk (183 KB), Firefox-install.apk (465 KB) and Mozilla_Firefox_Android_install.apk (388 KB), but the names and sizes can be changed at any given time.

The malware in question is a variant of the Boxer Trojan which, once installed, covertly sends SMS messages to several premium rate numbers, then loads google.com.

“One of our researchers believed that this is probably an effort to make users believe that they have installed a dud app, thus, allowing them to download and install the fake app again, which, in turn, allows Boxer to send the premium SMS message multiple times,” shared GFI’s Jovi Umawing.