For the first time since it has started the war against illegal sites, the US Department of Justice has swooped on three websites that were engaged in the illegal distribution of copies of copyrighted Android apps.

Their domains – applanet.net, appbucket.net and snappzmarket.com – were seized and their main pages equipped with the standard seizure banner: 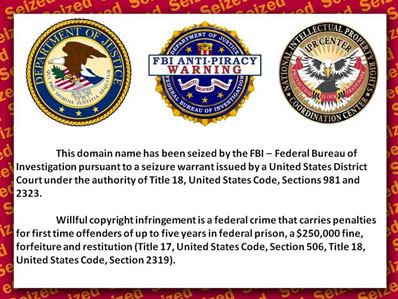 In order to collect evidence against the site operators, FBI agents downloaded thousands of copies of popular copyrighted mobile device apps from these online markets and analyzed them. The press release doesn’t say it, but I bet they found a piece of malware or two among those apps.

Dutch and French law enforcement officials were involved in the coordinated shutdown operation, as in most cases the servers storing the apps were hosted outside the US. Nevertheless, nine search warrants were also executed in six different districts across the country.

“Criminal copyright laws apply to apps for cell phones and tablets, just as they do to other software, music and writings. These laws protect and encourage the hard work and ingenuity of software developers entering this growing and important part of our economy. We will continue to seize and shut down websites that market pirated apps, and to pursue those responsible for criminal charges if appropriate,” said U.S. Attorney Sally Quillian Yates of the Northern District of Georgia.