The technology supershow known as CES is taking place in Las Vegas this week. Novell released an infographic that looks at mobile security and breaks down a number of figures relating to mobile security not only at the event but in general.

This includes what information is commonly lost when a mobile device is stolen, figures relating to the current state of security on mobile devices and the value of data lost. 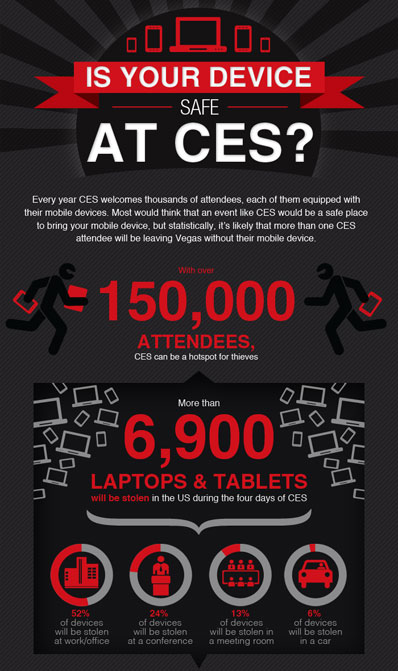