The APWG reports that there was a constant decline in the number of traditional phishing websites through September 2012, counterfeits usually impersonating well-known financial services companies or other brands.

This is a return to historical levels after a period of especially high activity, pointing up an increase in crimeware-based attacks. 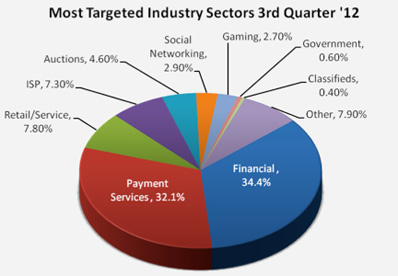 The number of unique phishing e-mail reports (campaigns) received by APWG from consumers dropped from 33,464 in May to 21,684 in September, a decline of 35 percent.

Ihab Shraim, Chief Information Security Officer and VP, Anti-Fraud Engineering & Operations at MarkMonitor and a Trends Report ascribed the decline to the use of other fraudulent techniques, such as malware attack vectors. “However, it is unlikely that traditional phishing will stop since the cost of producing a phishing attack is almost insignificant,” he said. “Also, the decline is not universal across all brands.” 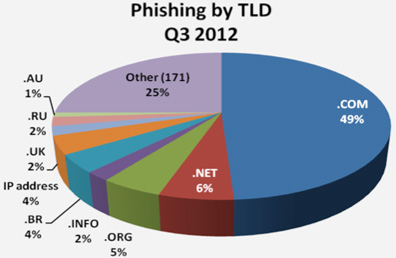 “These don’t show up as traditional phishing attacks. If anything, there are probably more “lures” of all types being generated, but with the destination being an exploit site with a drive-by download that infects users directly with malware, rather than a phishing site that attempts to steal credentials via social engineering,” Rasmussen added.

Other highlights of the Q3 2012 report include: