AV-Comparatives have released results of their latest Real-World Protection Test. These show that in a real-world digital environment with ever-increasing malicious programs, keeping computers secure may prove to be a challenge not everybody is up to. 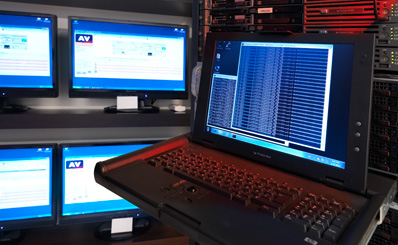 According to the findings, 55% of the malicious URLs collected would have been able to compromise a Windows system or its applications, while 45% would not, due solely to the installation of security updates and patches for Microsoft Windows 7 and other installed third-party programs such as Adobe Flash, Acrobat Reader and Java.

This shows that keeping the OS and applications up to date can very significantly decrease the risk of infection posed by web-based malware.

A total of 21 antivirus products (using all their protection features) were included in the Real-World Protection Test of March.

Emsisoft, F-Secure, G DATA, Kaspersky and Qihoo-360 were able to reach a 100% protection rate against widespread malicious samples used in this test. It is important to mention that the latter reflect only the March landscape of the cyberspace and, as the Internet environment changes dynamically from month to month, products might perform differently in the next months.

AV-Comparatives’ test framework replicates the scenario of an everyday user in an everyday online environment – the typical situation that most of us experience when using a computer with an Internet connection. It creates a realistic setting where the antivirus products must show their ability to thoroughly protect the user’s computer when surfing the web.

This year’s Real-World Protection Tests are being run on Microsoft Windows 7 Home Premium 64-Bit SP1. Additionally, but not competing, the out-of-box protection of Microsoft Security Essentials (included with Windows 7) and Windows Defender (Windows 8) is evaluated.

As well as the test workstations for the competing third-party security programs, two additonal, fully updated workstations are run: one with Windows 7 Home Premium 64-bit SP1 with Microsoft Security Essentials installed, and another with Windows 8 64-bit running the integrated Windows Defender. In the current test (March), both the out-of-box solutions achieved a 90.3% protection score.