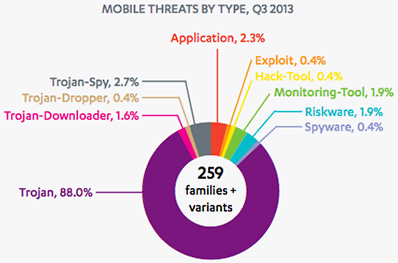 In another step in the march towards Android malware commoditization, reports surfaced in July of a new toolkit, Androrat APK binder, which simplifies the process of inserting malicious code into legitimate Android apps. And in a sign that complexity of Android malware is increasing, one in five mobile threats are now bots, says the report.

Thanks to security measures in place in the Google Play store, fewer malware threats are appearing there. Instead the growing concern in Google Play is with apps that infringe on privacy by overcollection of data. 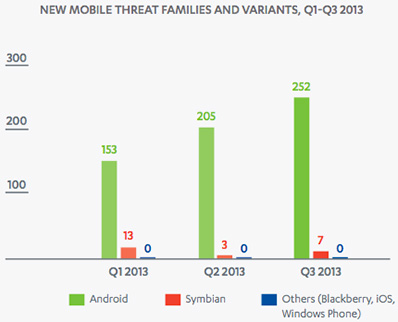 “At least with companies like Google, there is some accountability and some established privacy practices. For example if you delete your Gmail account, they will delete your data. But with these little apps, you have no idea what they’re doing with your data. And you know what they’re doing? They’re selling it to marketing networks,” Sullivan added.