Microsoft announced the opening of the Microsoft Cybercrime Center, which combines Microsoft’s legal and technical expertise as well as tools and technology with cross-industry expertise. 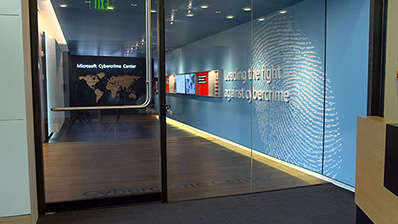 Each year, cybercrime takes a personal and financial toll on millions of consumers around the globe. The Cybercrime Center will tackle online crimes, including those associated with malware, botnets, intellectual property theft and technology-facilitated child exploitation. The work done at the Cybercrime Center will help ensure that people worldwide can use their computing devices and services with confidence.

“The Microsoft Cybercrime Center is where our experts come together with customers and partners to focus on one thing: keeping people safe online,” said David Finn, associate general counsel of the Microsoft Digital Crimes Unit. “By combining sophisticated tools and technology with the right skills and new perspectives, we can make the Internet safer for everyone.”

The Cybercrime Center is located on Microsoft’s campus in Redmond, Wash. The secured facility houses Microsoft technologies that allow the team to visualize and identify global cyberthreats developing in real time, including SitePrint, which allows the mapping of online organized crime networks; PhotoDNA, a leading anti-child-pornography technology; cyberforensics, a new investigative capability that detects global cybercrime, including online fraud and identity theft; and cyberthreat intelligence from Microsoft’s botnet takedown operations. 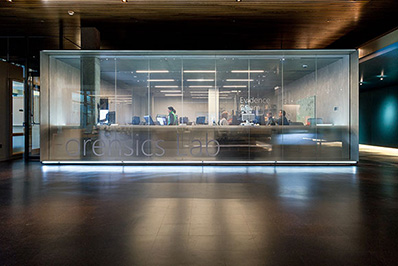 The Cybercrime Center includes a separate and secure location for third-party partners, allowing cybersecurity experts from around the world to work in the facility with Microsoft’s experts for an indefinite period of time.

The dedicated space enriches partnerships across industry, academia, law enforcement and customers — critical partners in the fight against cybercrime. With nearly 100 attorneys, investigators, technical experts and forensic analysts based around the world, the Microsoft Cybercrime Center is well positioned to make it safer for people online worldwide.

“In the fight against cybercrime the public sector significantly benefits from private sector expertise, such as provided by Microsoft,” said Noboru Nakatani, executive director of the INTERPOL Global Complex for Innovation. “The security community needs to build on its coordinated responses to keep pace with today’s cybercriminals. The Microsoft Cybercrime Center will be an important hub in accomplishing that task more effectively and proactively.”