Security breaches, cyber criminals, and organized attacks made it nearly impossible to keep personal and financial data private, according to Trend Micro. 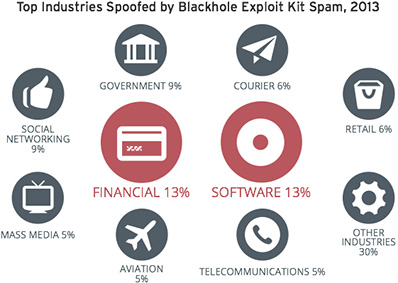 This annual report provides an insight into the vulnerabilities of today’s technology that is rapidly becoming interconnected and “smart.” Unfortunately, the new technology being embraced may give more opportunities for criminals to thrive, as they evolve their cyber-attacks and endanger business, including online banks and retailers, while moving closer to homes and individuals through mobile technology.

“Last year encompassed major security breaches, increased malware, and mobile threats that impacted people from all walks of life around the world,” said Raimund Genes, CTO, Trend Micro. “Now more than ever, consumers and corporations alike must be diligent in understanding their vulnerabilities, and what should be done from a security perspective to better protect personal data and guard against compromised privacy. While this report details the threat landscape of 2013, more importantly it explains how these threats will continue to evolve and what should be done to mitigate the negative impact.”

Mobile threats: There was a sizable increase in both volume and sophistication of mobile threats, as PC-based threats transitioned to mobile platforms. By the end of 2013, we saw a total of 1.4 million malicious and high-risk Android apps being identified. And Apple users are not immune. 2013 saw an increase in phishing attacks specifically targeting Apple users as criminals recognize the potential revenue from this install base.

Personal privacy: Through social networking and “personal cloud” accounts, personal privacy became a recurring issue. Aggressive phishing attacks riding on the release of popular products such as PS4 and Xbox One emerged to compromise personal information.

Infrastructure attacks: High-profile incidents of infrastructure being targeted by cyber-attacks became a reality in South Korea, demonstrating how critical operations can be impacted on a broad scale.

Unsupported software: 2013 saw increased awareness regarding unsupported versions of Java and Windows XP, which will present widespread security challenges as patches and upgrades cease when support for XP ends April 2014.