During a penetration testing for a client, Australian based independent security consultant Nik Cubrilovic, discovered a couple of security issues within the very popular Disqus WordPress plugin. So far the plugin has been downloaded nearly 1.5 million times from the official WordPress plugin repository. 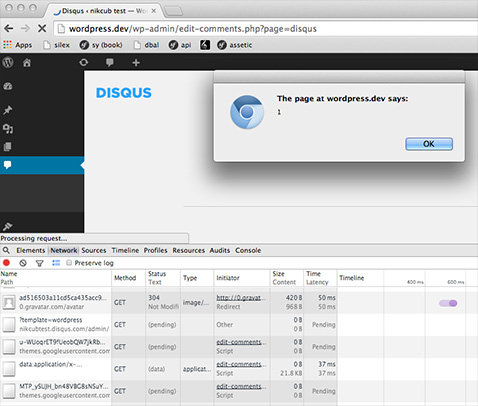 The first issue is a cross-site request forgery in the Manage.php file. Cubrilovic notes that parameters disqus_replace, disqus_public_key and disqus_secret_key are being passed to WordPress’s update_option function directly without filtering. Exploiting this vulnerability requires crafting a malicious page and social engineering the administrator to click on it.

The second vulnerability is a bit less serious. Because of faulty checking, cross-site request forgery can be used to trigger the reset or delete functions of the Disqus comment system. This could result in deleted comments.

The final issue is related to the step parameter which is stored as unfiltered, and could be used in a cross site scripting attack.

These vulnerabilities have been patched in the latest version of Disqus – 2.7.6 released on June 24th. Because of his obvious responsible disclosure policy, Mr. Cubrilovic just released the details now, making sure enough time passed by since the release of the fixed Disqus WordPress plugin.