If you’re concerned about the privacy of your mobile communications, there’s a variety of tools you can use to protect yourself.

Today I’m taking a closer look at Threema, a mobile messaging app that comes with end-to-end encryption and supports iOS and Android, with a Windows Phone edition in the works.

How secure is Threema?

The company behind the software can’t decrypt any messages since they don’t have the private keys. All encrypted messages (including media) are deleted from the servers as soon as they are delivered.

While being transmitted to the server and to the recipient, the header information of the messages is protected by an additional encryption layer to prevent eavesdropping.

All Threema servers are located in Switzerland, and you can use it anonymously, without providing a phone number or email address.

As one would expect from a piece of software targeting a wide audience, installation and setup don’t require much effort. You can get the iOS version from the App Store and once installed, the setup process requires several steps.

You start off by moving your finger in a field on the screen in order to generate a new key pair: 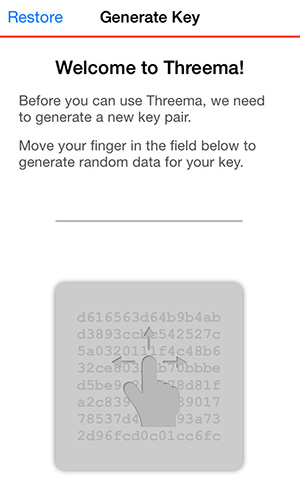 Once your key pair is ready, you can start sending messages to other Threema users. 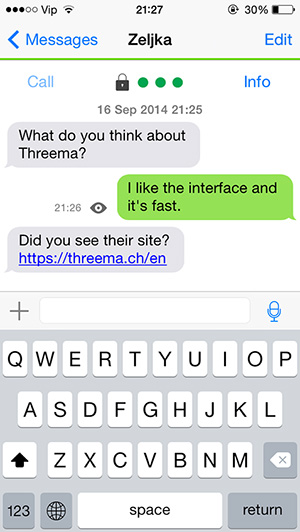 The app enables you to send text, images and audio recordings. I’ve exchanged messages with a few people and I experienced no issues at all – messages were going through almost instantly. There are several icons attached to the messages that depict the status of the message, so you can see if your message has been delivered and read by the recipient.

You are also able to chat with a few contacts at once using the group chat function.

Threema doesn’t requite you to enter any personal information, and it comes with lots of options. You can even setup a passcode lock for additional security, which is ideal for all those that have to occasionally share their mobile device with other people, but don’t want them to be able to access their messages. 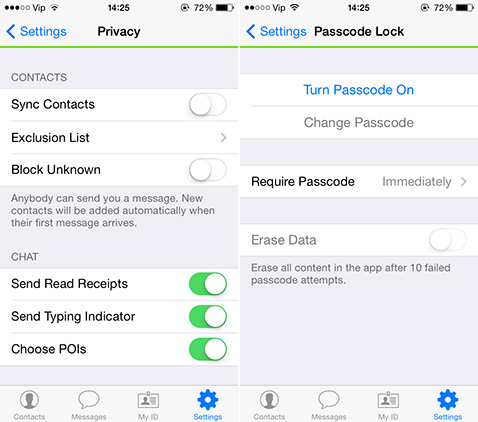 Threema has a clear interface, it’s easy to use, and its security features will certainly appeal to an increasingly privacy-aware public.

Take it for a spin, it might just be the privacy app you’re looking for. You can get it on the App Store, Google Play or Amazon.