Looking for an Android-based tablet for your child but don’t know which one to choose? 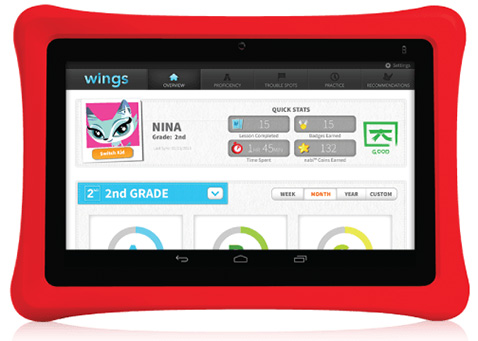 If you are concerned about the security of your child’s data – as you should be – and about the device’s protection against random hackers, Bluebox Security has just released a review of the nine most popular Android tablet models aimed specifically at children:

The company tested the devices with their own Trustable app and a combination of three malware scanners. They looked for flaws in the device and software security configurations, preinstalled adware and riskware (and malware), and they did an analysis of network traffic and potential privacy violations.

“Children’s tablets have several features that distinguish them from the average tablet. They typically have a colored, rubberized case to protect against damage, special management software to separate accounts for children and guardians, and kid-focused media, including apps and games. Additionally, information stored on children’s tablets is subject to privacy laws like the Children’s Online Privacy Protection Act (COPPA), designed to stop the collection and tracking of children’s data,” the company’s researchers explained.

“It would appear that these tablets are not only physically protected from their young owners, but also fortified to protect against cyber hackers. However, our research found that this is not always the case.”

They found that all devices were susceptible to at least three vulnerabilities (Futex, ObjectInputStream and BroadAnywhere), that more than half of them are shipped with a security backdoor, and that most came with third-party app stores pre-installed.

“A child-focused third-party app store could be beneficial as it specializes in children’s apps, meaning the apps could potentially be safer. However, not all third-party app stores are created equal and the apps made available on some of the stores could be at risk for stealing you or your child’s information,” they noted.

They also found that some of the tablets are shipped with software that’s considered a test/engineering build, which means additional security dangers, that many tablets don’t have security updates available, and that children’s personal information is stored on the backend services, often unencrypted and easily accessible to anyone.

All in all, the results aren’t great, and the researchers concluded that these devices should only be used for low-risk activities like simple gaming, media entertainment and public web browsing.