More than 11,000 IT and business professionals in North America responded to the eighth annual IT Skills and Salary Survey by Global Knowledge and Windows IT Pro. 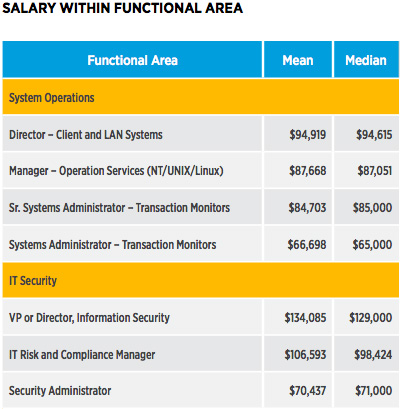 Skills in security, cloud computing and networking are in demand.
IT security tops the list of skills that IT decision-makers (ITDMs) said their teams need most, and one out of five ITDMs reported having difficulty finding skilled talent for cloud initiatives. ITDMs are also looking for professionals who have skills in network engineering, systems engineering, IT architecture and network operations.

Skills gaps are hampering organizational success.
Two-thirds of the ITDMs surveyed said that their organization has a skills shortage or will have one in the next 24 months. Respondents who reported skills gaps said the shortage results in increased employee stress levels, difficulty meeting quality objectives, delayed hardware and software deployments, and delays in new product or service development, among other issues. 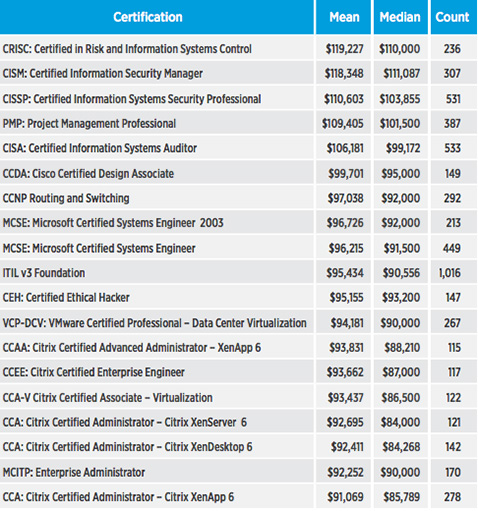 Though salaries experienced slight growth since last year, more respondents received raises and bonuses.
This year’s salaries range from $88,335 for IT professionals (up one percent from the 2014 study) to $101,790 for business professionals (up from $95,137 in 2014), with an overall average of $89,891. Although overall salary growth is slight year over year, other measures show some improvement. The percentage of respondents reporting a raise reached 75 percent – the highest since 80 percent in the study’s inaugural year. Sixty-three percent reported receiving a bonus – the highest percentage ever reported.

Professional development is about more than increased compensation.
The opportunity for an increased salary is just one benefit of training. Respondents ranked staying up to date on technological changes, developing skills that will be useful for future positions, and gaining insight to be more effective in their current role higher than a salary increase.