After an initial pre-alpha release in July 2014, BitTorrent’s peer-to-peer private voice and text app Bleep is finally available for curious Windows, Mac, iOS and Android users to test it out.

The app offers end-to-end encryption of all communication (calls are connected directly), and you don’t have to pay to use it. You also don’t have to provide any information about yourself in order to use it – a random nickname is enough, and a Bleep key will be created to identify the device for other users to be able to contact you.

“Bleep’s logo represents a folded note – a message passed directly, hand-to-hand. In our implementation, we keep messages and the encryption keys for images stored on your local device, not the cloud,” explained Farid Fadaie, head of the BitTorrent Bleep project. “For messages and metadata, there is no server for hackers to target and because you hold the keys, images can’t be leaked to haunt you later.”

The developers have added a “whisper” mode. “For parts of a conversation that you’d like to keep temporary, tapping ‘Go to Whisper’ on your phone sends messages and pictures that disappear from devices after they’ve been viewed (25 seconds),” says Fadaie. 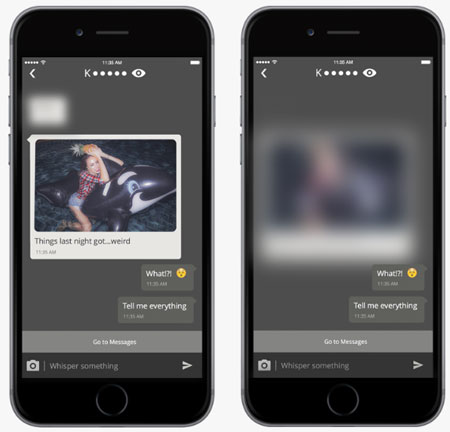 They have also attempted to make it impossible for anyone to take a complete screenshot of a message, as the screenshot will show either the conversation or the nickname of the user, never both.

Of course, it’s difficult to confirm all these claims as the software is not open source.
More about
Share this