“A new type of malware is being used to drain ATMs in Mexico of all the cash they contain. Dubbed GreenDispenser by Proofpoint researchers, the malware displays an “out of service” message, but attackers who enter the right PIN code make the machines spit out money. 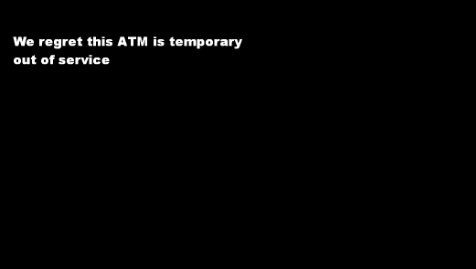 As Suceful before it, GreenDispenser also has the ability to target ATM hardware from multiple vendors using the XFS standard.

A particularly curious thing is that the malware is set to run during a specific period – 2015, earlier that the month of September.

“We suspect that the attacker has an application that can run on a mobile phone with functionality to scan the barcode and derive the second PIN – a two-factor authentication of sorts. This feature ensures that only an authorized individual has the ability to perform the heist.”

Finally, the malware can delete itself after the theft is executed.

The researchers say that the current attacks have been limited to Mexico, but the malware can just as easily be used to compromise ATMs around the world – and they probably will, in time.

ATM malware such as GreenDispenser is particularly alarming because it allows cybercriminals to attack financial institutions directly, without the extra steps required to capture credit and debit card information from consumers and with correspondingly less traceability,” commented Kevin Epstein, VP of Threat Operations for Proofpoint. “In order to stay ahead of attackers, financial entities should re-examine existing legacy security layers and consider deploying modern security measures to thwart these threats. “