Identity Mixer, a new tool to protect a consumer’s personally identifiable information, is now generally available on IBM Cloud. The tool is built on years of cryptography research, and holds the key to helping to reduce identity theft happening as the result of sharing personal data on mobile and web apps.

For example, consider an online streaming movie service app which requires users to verify that they have a paid subscription and that they are not a minor. Traditionally, the user would enter in his or her full date of birth, along with a number of other personal details which aren’t necessary, such as first and last name, location, etc.

Using Identity Mixer, however, the app can simply verify the authenticity of the user’s claims of being above a certain age and having a subscription – without having to collect any other details or to interact. Because no other personally identifiable data is exchanged, companies do not have the burden of protecting and securing this data, and users no longer have the risk of their data being exposed to malicious third parties. 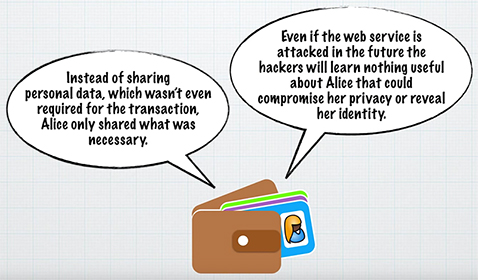 Built by scientists at IBM’s Research facilities in Zurich, Switzerland, Identity Mixer authenticates users by asking them to provide a public key. Each user has a single secret key which corresponds with multiple public keys, or identities. Each transaction a user makes receives a different public key and leaves no privacy “breadcrumbs.”
More about
Share this