There is a global shortage of skilled cyber security professionals, according to 68 percent of the 435 senior-level technology professionals who completed a recent Cybrary survey.

Only 13 percent of companies said there was an abundance of cyber security talent in their local areas. 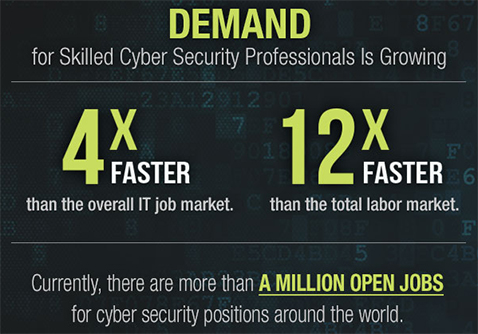 “Companies and the public at large should be concerned with these data, which call attention to the continuing impact of the cyber security talent gap,” said Ryan Corey, co-founder, Cybrary. “Companies with pressing cyber security needs are finding that there’s a major lack of qualified professionals to fill their positions, which makes them vulnerable to cyber attacks. This underscores the need for better access to cyber security training, which can get new talent into the field quickly, help close the cyber security skills gap, and make companies more secure.”

The top reasons given were lack of skilled cyber security talent in general (40 percent), lack of resources to properly find and attract talent (18 percent), and location of talent (14 percent).

While 37 percent of companies recruit talent via their HR department, nearly 25 percent have not yet figured out the best way to recruit. What’s more, some positions can take nearly four months to fill. “With respect to cyber security talent in their specific geographic area, most respondents indicated there is some talent, but it’s difficult to find,” added Corey.

In addition to talent and recruiting challenges, the survey showed several trends about cyber security certifications, skills, and salary. The most in demand cyber security certifications were Security+, Ethical Hacking, Network+, CISSP, and A+. The most in demand skills were Ethical Hacking, Computer Forensics, CISSP, Malware Analysis, and Advanced Penetration Testing.