The worst fears of online retailers has been confirmed with data just released today: in 2015, the number of attacks by fraudsters was up 163 percent – growing two and a half times in a mere three-quartered period. 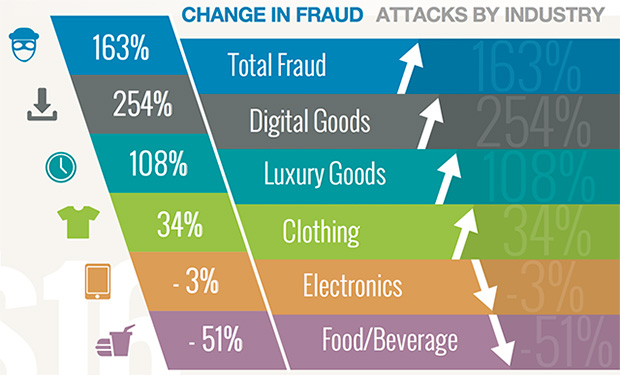 This data is part of the newly released Global Fraud Attack Index, a collaboration between PYMNTS and Forter. This quarterly Index benchmarks the rate of fraud attempts on U.S. merchant websites by looking at the types of fraud, the geography of fraud and the merchant segments being attacked.

The report examined the occurrence of ecommerce fraud in the merchant segments that fraudsters find most attractive: digital goods, luxury goods, food and beverage, clothing, electronics.

“At the same time the attacks on merchants have increased, we’ve seen fraud attempts as a percentage of revenue for online merchants grow 94% from 2014 to 2015,” said Michael Reitblat, CEO of Forter. “It’s obviously never been more important for retailers to understand fraudsters and to protect their businesses from these growing threats.” 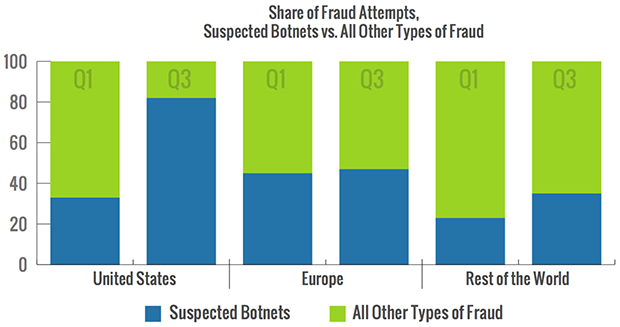