Trustwave released a new report which reveals the top cybercrime, data breach and security threat trends from 2015. Experts gathered real-world data from hundreds of breach investigations the company conducted in 2015 across 17 countries. 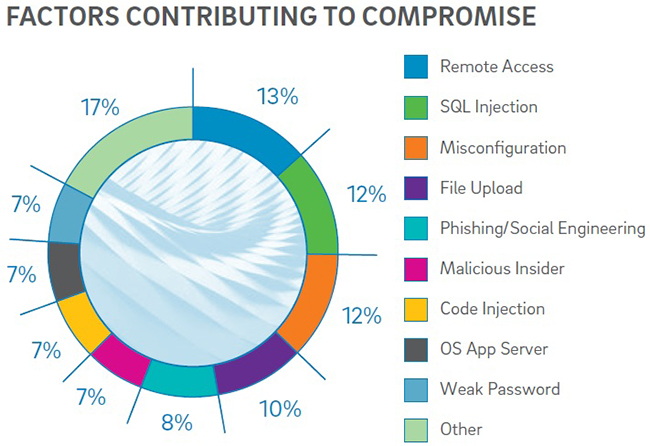 Where security incidents occur: 35 percent of data breach investigations conducted by Trustwave occurred in North America, 21 percent were in the Asia-Pacific Region, 12 percent were in Europe, the Middle East and Africa, and 10 percent were in Latin America and the Caribbean.

Who criminals target: Retail was the most compromised industry, making up 23 percent of Trustwave investigations, followed by hospitality at 14 percent and food and beverage at 10 percent.

Magento is a target: 85% of compromised e-commerce systems used the Magento open source platform. At least five critical Magento vulnerabilities were identified in 2015, and most of the affected systems were not fully updated with security patches. 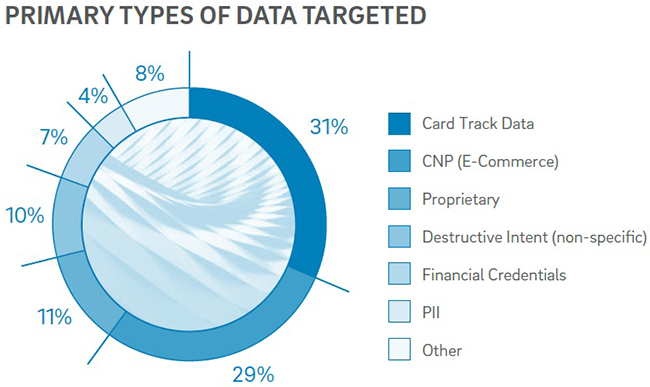 Data most targeted: In 60% of investigations, attackers were after payment card data, split about evenly between card track (magnetic stripe) data (31 percent of incidents), which came mainly from POS environments, and card-not-present (CNP) data (29 percent), which mostly came from e-commerce transactions.

Malvertising goes mainstream: The Trustwave analysis of the RIG exploit kit, the most prominent exploit kit of 2014 and the third most prominent in 2015, shows that approximately 90 percent of traffic to the kit originates from malicious advertisements. Even some of the largest ad networks have been misused by attackers to spread malware to unsuspecting users visiting popular websites.

Shifting spam subjects: In 2014, pharmaceutical product spam made up almost three-fourths of the spam messages Trustwave analyzed. In 2015, that portion dropped dramatically, to 39 percent, which was still enough to make it the largest share of any category. Spam related to online dating sites and adult products made a combined five-fold leap from 6% in 2014 to 30% in 2015. Five percent of overall spam included a malicious attachment or link, a 1 point decrease from 2014.

The Year of Angler: Angler, the most prevalent exploit kit of 2015, accounted for 40 percent of exploit kit-related incidents we observed, more than twice as many as the next most prevalent kit, Nuclear. Angler was also the first exploit kit to integrate several newly disclosed exploits, including four zero-day exploits and seven “one-day” exploits, which target vulnerabilities for which patches have been released but have not yet been widely distributed. 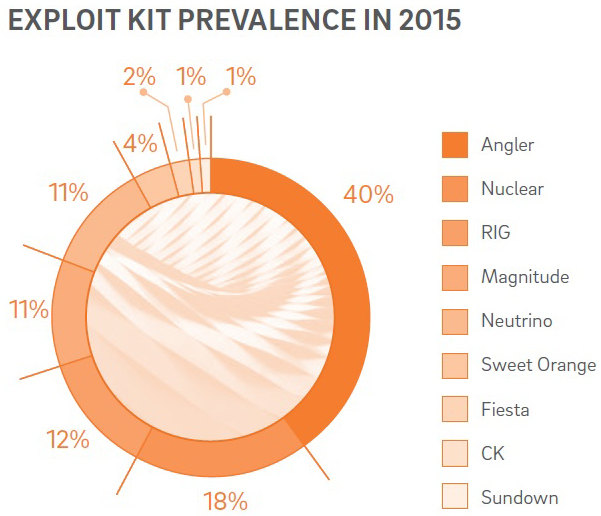 “Cybercriminals have been congregating and organizing for years, but 2015 showed a marked increase in the behavior we would normally associate with legitimate businesses,” said Trustwave CEO and President Robert J. McCullen. “Based on the study of numerous security incidents, exploit kits and malvertising campaigns, our 2016 Trustwave Global Security Report shows businesses how and where these sophisticated criminal organizations are most likely to attack, and more importantly, how to defend their assets.”