Vormetric announced the results of the Financial Services Edition of the 2016 Vormetric Data Threat Report (DTR). This edition extends earlier findings of the global report, focusing on responses from IT security leaders in financial services, which details IT security spending plans, perceptions of threats to data, rates of data breach failures and data security stances. 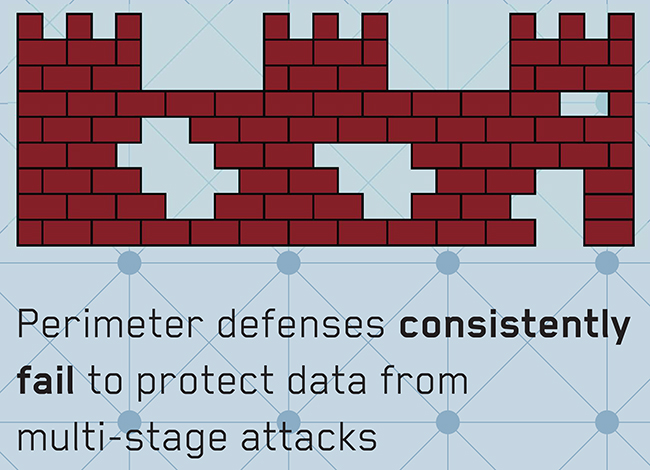 “Something doesn’t add up in the plans of financial services organizations for protecting data,” said Garrett Bekker, senior analyst, information security, at 451 Research. “Spending to protect data is increasing fastest in areas that have been shown to be ineffective at protecting against multi-stage attacks – Network defenses (65 percent) and end point and mobile device defenses (58 percent) – still see the highest increase in spending, while approaches like data-at-rest defenses that have been proven to be effective at protecting data after perimeter defenses have been bypassed, are at the bottom (48 percent).”

As the primary repositories and conduits of the world’s financial data, financial services enterprises have always known that they are a primary target for cybercriminals and malicious insiders. Unsurprisingly, the top external threat actors identified were cybercriminals, a top selection for 42 percent of respondents, and a top three selection for 88 percent.

The top internal threat actors identified were privileged users, a top three selection for 68 percent of respondents. Privileged user accounts typically have access to all the resources and systems they manage, unless restrained by additional security controls, and their accounts are primary targets for compromise in cyberattacks.

Compliance is not enough

With adherence to a myriad of regulations and compliance required to do business, it’s no surprise that IT security professionals in financial services are focused on meeting these mandates.

Cloud: Financial services organizations have high levels of concern with using cloud usage, but nevertheless, 91 percent are using sensitive data within these environments. Top concerns include:

Encrypting data and maintaining local control over keys was the number one factor that would increase willingness to use public cloud, at 51 percent of responses. 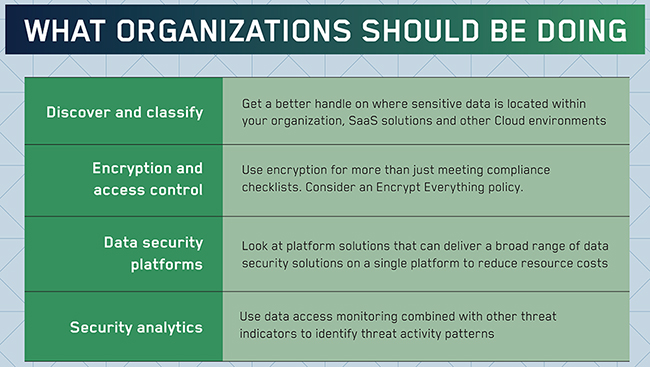 Financial services organizations are getting some things right

A number of positive results indicate that financial services organizations are taking steps in the right direction to recognize and deal with the problem.

“Financial services organizations continue to feel the heat from cyber attackers,” said Tina Stewart, vice president of marketing for Vormetric. “They are investing to help solve the problem, but surprisingly, are failing to connect the dots about the best solutions to use. With the world’s financial data in their custody, the most effective way to protect this information, once networks and systems are penetrated, is to enhance data protection investments.”