The average data breach cost has grown to $4 million, representing a 29 percent increase since 2013, according to the Ponemon Institute. 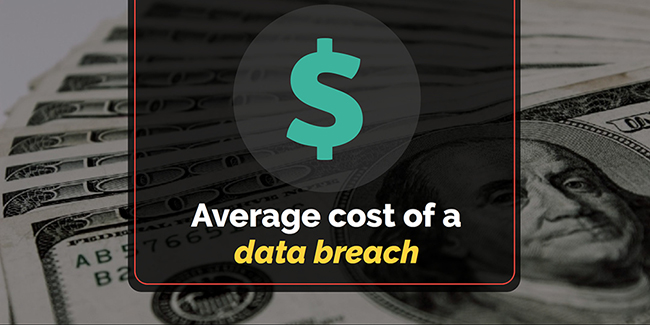 Cybersecurity incidents continue to grow in both volume and sophistication, with 64 percent more security incidents reported in 2015 than in 2014. As these threats become more complex, the cost to companies continues to rise. In fact, the study found that companies lose $158 per compromised record. Breaches in highly regulated industries like healthcare were even more costly, reaching $355 per record – a full $100 more than in 2013.

“The amount of time, effort and costs that companies face in the wake of a data breach can be devastating, and unfortunately most companies still don’t have a plan in place to deal with this process efficiently,” said Caleb Barlow, Vice President, IBM Security. “While the risk is inevitable, having a coordinated and automated response plan, as well as access to the right resources and skills, will make or break how much a company is impacted by a security event.”

According to the study, leveraging an incident response team was the single biggest factor associated with reducing the cost of a data breach – saving companies nearly $400,000 on average (or $16 per record). In fact, response activities like incident forensics, communications, legal expenditures and regulatory mandates account for 59 percent of the cost of a data breach. Part of these high costs may be linked to the fact that 70 percent of U.S. security executives report they don’t have incident response plans in place.

The process of responding to a breach is extremely complex and time consuming if not properly planned for. Amongst the required activities, a company must:

Each one of these steps takes countless hours of commitment from staff members, taking time away from their normal responsibilities and wasting valuable human resources to the business.

Incident response teams expedite and streamline the process of responding to a breach, as they’re experts on what companies need to do once they realize they’ve been compromised. These teams address all aspects of the security operations and response lifecycle, from resolving the incident, to satisfying key industry concerns and regulatory mandates. Additionally, incident response technologies can automate this process to further speed efficiency and response time.

The study also found the longer it takes to detect and contain a data breach, the more costly it becomes to resolve. While breaches that were identified in less than 100 days cost companies an average of $3.23 million, breaches that were found after the 100 day mark cost over $1 million more on average ($4.38 million).

“Over the many years studying the data breach experience of more than 2,000 organizations in every industry, we see that data breaches are now a consistent ‘cost of doing business’ in the cybercrime era,” said Dr. Larry Ponemon. “The evidence shows that this is a permanent cost organizations need to be prepared to deal with and incorporate in their data protection strategies.”