Have you ever wondered what kind of malicious offerings can be found on dark web “hacker markets,” who sells them and how widely they are available?

Three researchers from Arizona State University have, so they scraped 17 such markets for six months for information about the tools and services offered, to create a general picture of the supply and demand in this particular industry.

A combination of automated (scraping and data clustering) and manual (labeling) labor that concentrated on the product title/name for indication about its capabilities and features has revealed that many items are cross-posted and nearly identical.

Here is the complete list, including a calculation of market and vendor entropy: 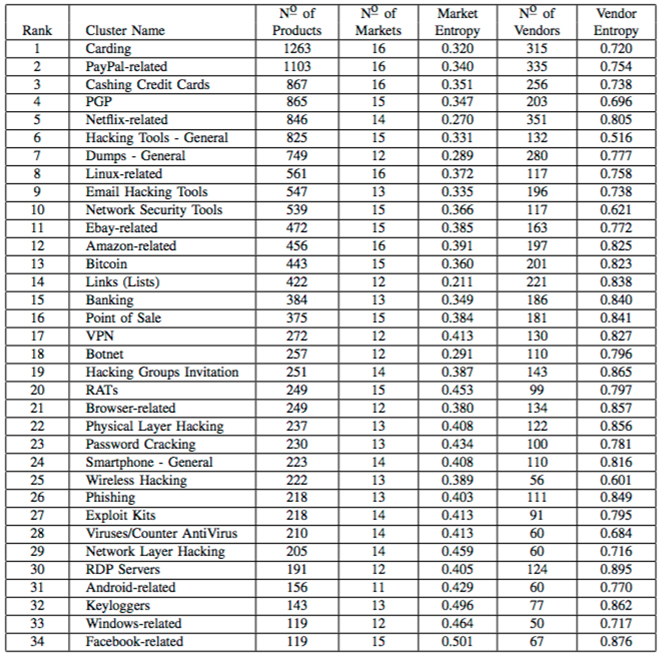 These numbers allowed the researchers to come to some interesting conclusions.

The group acknowledged the limitations of their current research, and is planning further research with other methods that should make the picture clearer, including a investigation into the underlying social network of vendors.