Journalists and political activists critical of Kazakhstan’s authoritarian government, along with their family members, lawyers, and associates, have been targets of an online phishing and spyware campaign believed to be carried out on behalf of the government of Kazakhstan, according to a new report by the Electronic Frontier Foundation (EFF). 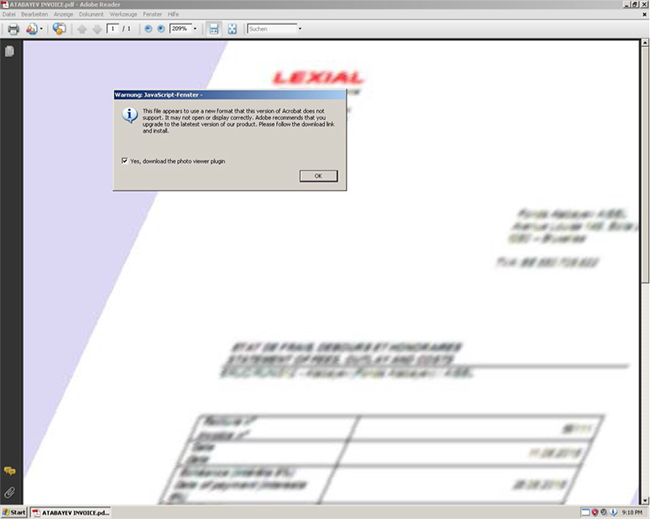 Malware was sent to Irina Petrushova and Alexander Petrushov, publishers of the independent newspaper Respublika, which was forced by the government of Kazakhstan to stop printing after years of exposing corruption but has continued to operate online. Also targeted are family members and attorneys of Mukhtar Ablyazov, co-founder and leader of opposition party Democratic Choice of Kazakhstan, as well as other prominent dissidents.

The campaign—which EFF has called “Operation Manul,” after endangered wild cats found in the grasslands of Kazakhstan—involved sending victims spearphishing emails that tried to trick them into opening documents which would covertly install surveillance software capable of recording keystrokes, recording through the webcam, and more. Some of the software used in the campaign is commercially available to anyone and sells for as little as $40 online.

Spearphishing emails and malware sent to members of the Ablyazov family while they were in exile in Italy may have helped track the whereabouts of Mukhtar Ablyazov’s wife and young daughter. Despite having legal European resident permits, the two were taken into custody in Italy in 2013 and forcibly deported to Kazakhastan. Many targets of the malware campaign are also involved in litigation with the government of Kazakhstan, including the publishers of Respublika noted above. EFF represented Respublika in a U.S. lawsuit during the course of which the government has attempted to censor the site and discover Respublika’s confidential sources.

Kazakhstan is a former Soviet republic that heavily restricts freedom of speech and assembly, and where torture is a serious problem, according to Human Rights Watch. The republic was ranked 160 out of 180 countries tracked by Reporters Without Borders for attacks on journalistic freedom and independence.

“The use of malware to spy on and intimidate dissidents beyond their borders is an increasingly common tactic employed by oppressive governments,” said Eva Galperin, Global Policy Analyst at EFF and one of the report’s authors. “As we have seen in places like Syria and Vietnam, journalists and political opposition leaders are being attacked in both the physical and digital worlds. Regimes are turning to covertly installed malware to track, harass, and silence those who seek to expose corruption and inform the public about human rights abuses—especially targets that have moved beyond the regime’s sphere of control. Based on available evidence, we believe this campaign is likely to have been carried out on behalf of the government of Kazakhstan.”

EFF researchers, along with technologists at First Look Media and Amnesty International, examined data about suspected espionage groups and found overlaps between Operation Manul and Appin Security Group, an Indian company that has been linked with several other attack campaigns.

“Appin has been linked by cybersecurity firm Norman Shark to cyber-attacks against a Norwegian telecom company, Punjabi separatists, and others,” said EFF Staff Technologist Cooper Quintin. “We found that some of the technology infrastructure used in those cyber attacks overlapped with the infrastructure used in Operation Manul. “

“Our research shows that such cheap, commercially available malware can have a real impact on vulnerable populations,” said Galperin. “Much of the past research in this area has exposed campaigns carried out by governments using spy software which they have purchased. In this case, the evidence suggests that the government of Kazakhstan hired a company to carry out the attacks on their behalf.”