Verifying a file’s cryptographic signature can help the user deduce its trustability. If you’re using OS X, there is no simple way to view a file’s signature from the UI, unless you’re using the WhatsYourSign utility. 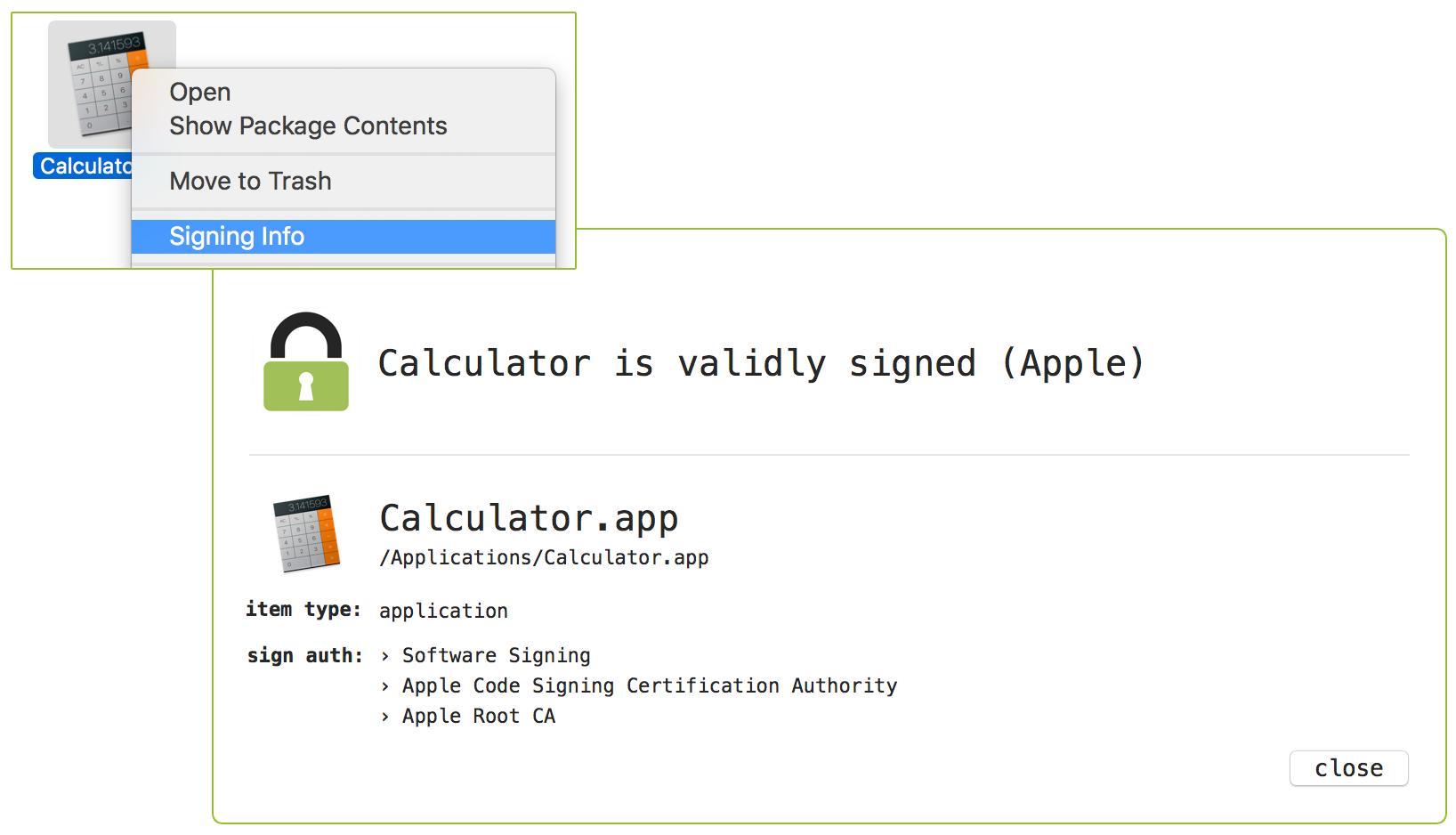 This useful little app adds a menu item to the Finder, and allows you to right- or control-click on any file to display its cryptographic signing information.

“The digital signature of a file or binary is important as it can be used to verify if the application is to be trusted. For example, if an application is signed by Apple, it can (generally speaking) be trusted. While unsigned applications aren’t necessary malicious per se, most legitimate OS X applications are signed. On the other hand, the majority of OS X malware is not signed,” Patrick Wardle, developer of WhatsYourSign, told Help Net Security.

To make things even clearer, since version 1.1 released last week, WhatsYourSign will show if the binary/app is from the Mac App Store or signed with a Apple Developer ID. Before it just said “signed by 3rd-party”.