Many European and US businesses are ill-prepared for the recently agreed EU General Data Protection Regulation (GDPR) and are at risk of falling foul of its rules around the use and control of personal data, according to a study conducted by Vanson Bourne. 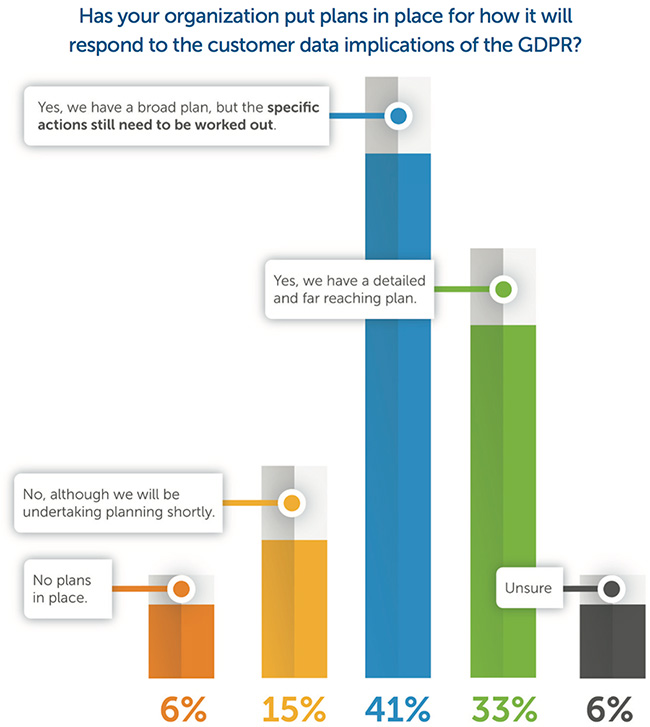 Factors contributing to the difficulty of EU GDPR compliance include growing IT complexity, the agile and DevOps-enabled proliferation of new applications, ongoing collection of more data, and IT outsourcing.

The overwhelming majority of respondents (63%) admitted that data complexity is one of the biggest hurdles to achieving compliance, whilst a further 53% said that securing and handling customers’ consent for their data to be used would be another major hurdle.

Poor control of the Right to be Forgotten

The research indicates that businesses are struggling to control their data, which will make it difficult to comply with the Right to be Forgotten mandate laid out in the GDPR. Key findings include:

“To comply with the GDPR, businesses need to keep stricter control of where customer data resides,” said Dr Elizabeth Maxwell, PC.dp, and Technical Director, EMEA, Compuware. “If they don’t have a firm handle on where every copy of customer data resides across all their systems, businesses could lose countless man-hours conducting manual searches for the data of those exercising their Right to be Forgotten. Even then, they may not identify every copy, leaving them at risk of non-compliance.” 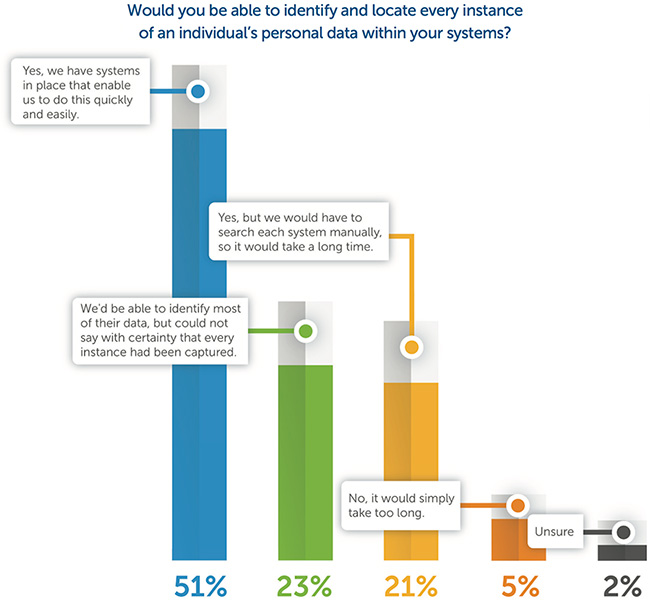 Testing the boundaries of consent

The research found that 86% of businesses use live customer data to test applications during software development. However, just one in five respondents ask for explicit customer consent for their data to be used in testing, leaving the majority non-compliant with the GDPR.

Alarmingly, 43% of those that test applications with live data are further putting customer privacy at risk, as they cannot guarantee that data is depersonalised before it is used.

“Using customer data to test applications is fairly standard practice, but there’s no need or excuse for not depersonalising it first,” continued Dr Elizabeth Maxwell. “Companies that fail to mask data before using it to test applications could soon find themselves slapped with an eye-watering fine from EU regulators. As well as being better for protecting customer privacy, anonymising test data eliminates the need to obtain customers’ explicit consent for it to be used in this way, which over half (53%) of CIOs identified as one of the biggest hurdles in GDPR compliance.”