The use of improper data removal methods and the poor enforcement of data retention policies have created the perfect storm for confidential, oftentimes sensitive data to be lost or stolen, according to Blancco Technology Group. 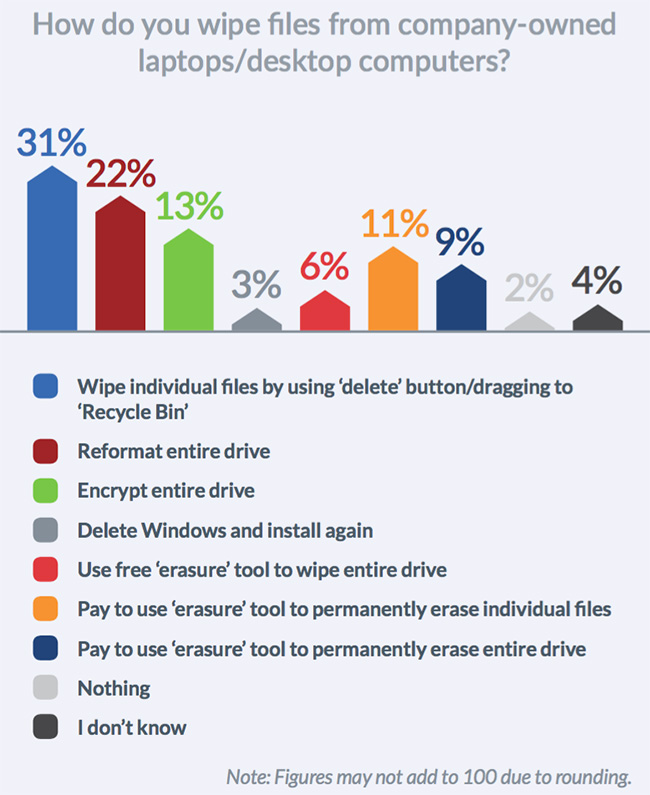 The study, which surveyed over 400 IT professionals in the United States, Canada, Mexico, United Kingdom, Germany, France, Japan, China and India, indicates just how challenging and complicated it can be to permanently erase data. When asked how they wipe files from company-owned laptops and desktop computers, 31 percent reported dragging individual files to the Recycle Bin and 22 percent said they reformat the entire drive. Combined, that represents 53 percent of global IT professionals who are using two common, but ineffective methods to erase data.

Richard Stiennon, Chief Strategy Officer of Blancco Technology Group, cautions organizations against making such mistakes. “Over the last several years, we’ve worked with businesses in the finance, healthcare and government sectors to help them understand the need to permanently and verifiably erase data from IT equipment and devices. But while organizations may see the value of data removal when their equipment reaches end of life, they often overlook and dismiss the importance of erasing active files from desktop computers, laptops, external drives and servers. In doing so, they leave large volumes of sensitive, confidential and potentially compromising data exposed and vulnerable to loss or theft.” 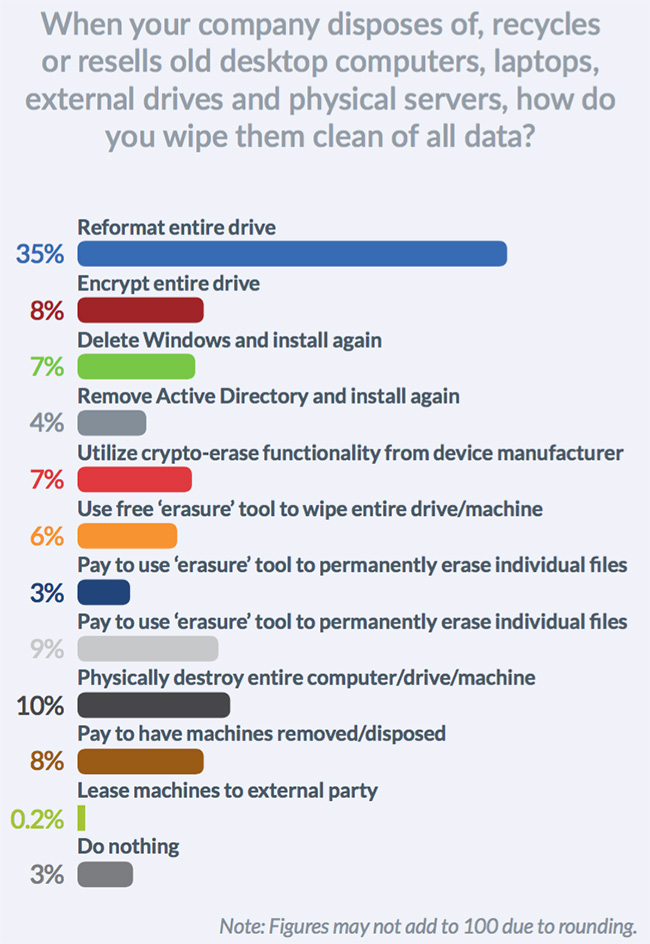 Stiennon concludes, “With 2.5 quintillion bytes of data created every day, it’s critical that data is safely erased when it’s no longer needed, or when regulation demands its removal, as in the case of the EU GDPR. Only by controlling the metastasizing of data through secure data erasure, coupled with data retention policies, can organizations minimize the likelihood of data breaches.”