Kaspersky Lab experts investigated how cybercriminals could exploit new biometric ATM authentication technologies planned by banks. While many financial organizations consider biometric-based solutions to be one of the most promising additions to current authentication methods, cybercriminals see biometrics as a new opportunity to steal sensitive information. 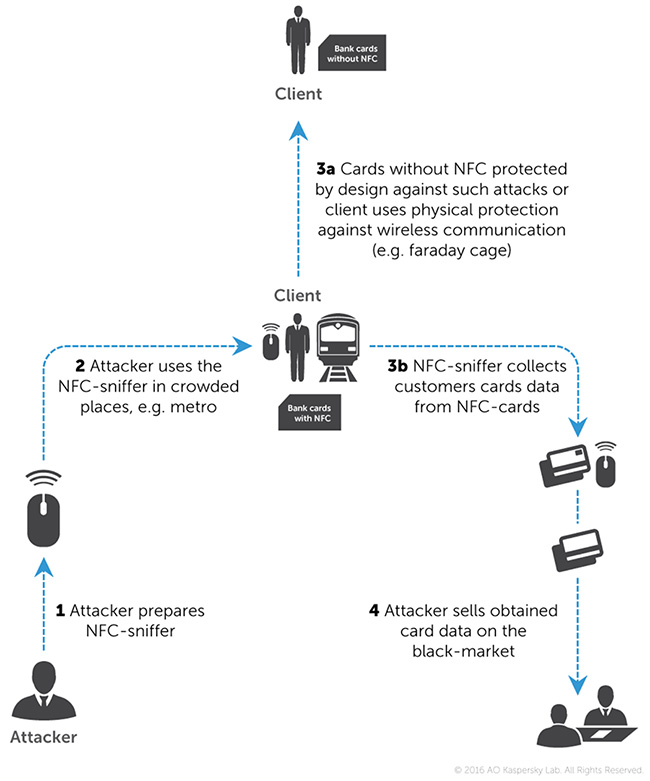 For years, ATMs have been in the sights of fraudsters hunting financial data. It all started with primitive skimmers – homemade devices attached to an ATM, capable of stealing information from the card’s magnetic strip and pin-code with help of a fake ATM pin pad or a web camera.

Over time, the design of such devices was improved to make them less visible. With the implementation of clone chip-and-pin payment cards cybercriminals devices evolved into so-called ‘shimmers.’ These are largely the same, but these devices are able to gather information from the card’s chip, giving sufficient information to conduct an online relay attack. The banking industry is responding with new authentication solutions, including some that are based on biometrics.

The investigation into underground cybercrime by Kaspersky Lab researchers concluded there are already at least 12 sellers offering skimmers capable of stealing victims’ fingerprints. In addition, at least three underground sellers are already researching devices that could illegally obtain data from palm vein and iris recognition systems.

The first wave of biometric skimmers was observed in “presale testing” in September 2015. The evidence collected reveals that during the initial testing, developers discovered several bugs; however, the main problem was the use of GSM modules for biometric data transfer – they were too slow to transfer the large volume of data obtained. As a result, new versions of skimmers will use different, faster data transfer technologies. 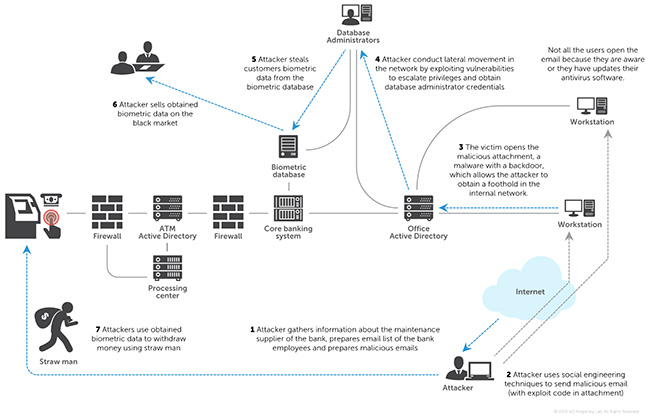 “The problem with biometrics is that unlike passwords or pin codes, which can be easily modified in the event of compromise, it is impossible to change your fingerprint or iris image,” said Olga Kochetova, security expert, Kaspersky Lab. “Thus, if your data is compromised once, it won’t be safe to use that authentication method again. That is why it is extremely important to keep such data secure and transmit it in a secure way. Biometric data is also recorded in modern passports – called e-passports – and visas. So, if an attacker steals an e-passport, they don’t just possess the document, but also that person’s biometric data. They have stolen a person’s identity.”

There are also signs of ongoing discussions in underground communities regarding the development of mobile applications based on placing masks over a human face. With such an app, attackers can take a person’s photo posted on social media and use it to fool a facial recognition system.

The use of tools capable of compromising biometric data is not the only potential cyberthreat facing ATMs, according to the Kaspersky Lab researchers. Hackers will continue to conduct malware-based attacks, blackbox attacks and network attacks to seize data that can later be used to steal money from banks and its customers.

Below you can watch videos demonstrating the different attack vectors against ATMs: