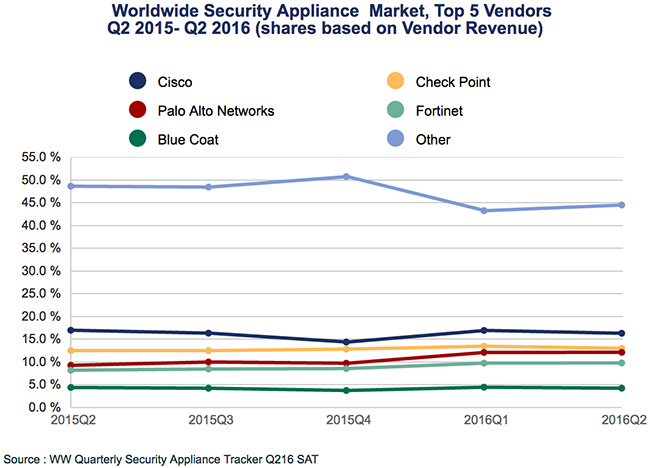 The Unified Threat Management (UTM) sub-market has doubled in size over the last five years and continues to be the major driver for the entire market. The UTM market generated revenues of $1.35 billion in 2Q16 for year-over-year growth of 13.4%.

“The second quarter saw growth of 5.8% led by growth in the UTM, IDP, and Messaging Security categories. UTM continues to be the only category with sustained strong growth metrics,” said Elizabeth Corr, research analyst, Security Products at IDC.