People aged 55 and over are behaving insecurely online and often become the victim of fraud, according to Kaspersky Lab and B2B International. 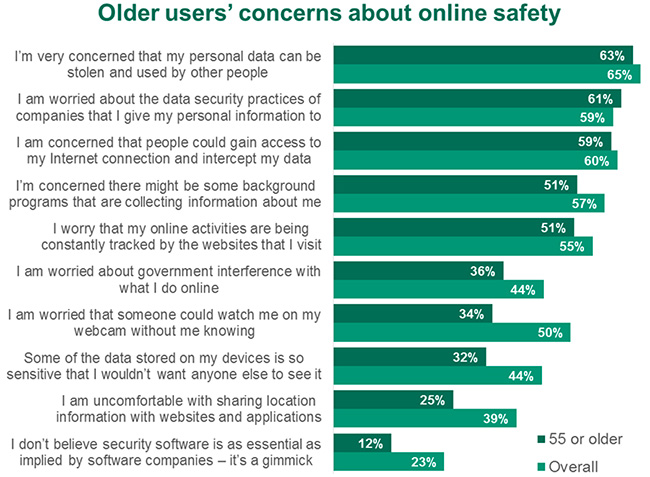 The survey questioned 12,546 Internet users across the globe and the results suggest that the older generation is actually a very attractive target for cybercriminals. When they are online, many over-55s shop, bank and communicate with loved ones without effectively protecting themselves, and the things that are most important to them, from cybercriminals.

Despite the fact that this age group is more likely to install security software on their computers, they are less likely to protect their mobile devices or amend their behavior online to stay safe. For example, they use high privacy settings on social media and in their Internet browser less than other age groups (30 percent vs. 38 percent).

The older generation is using the Internet for many aspects of their lives – increasing their vulnerability to cybercriminals if they continue to go online without taking security precautions. 94 percent of consumers over 55 years old use email regularly. They are also going online to complete day-to-day tasks.

This age group is more likely than others to conduct financial transactions over the Internet, with 90 percent claiming to shop and bank online (compared to an average 84 percent of users across all age groups).

Yet despite all of this, 49 percent of those over 55 years old worry about their vulnerability when purchasing products online and 86 percent do not believe they are a target for cybercriminals. Worryingly, 40 percent have put themselves at risk by sharing financial details in the public domain (compared with 15 percent across all age groups). 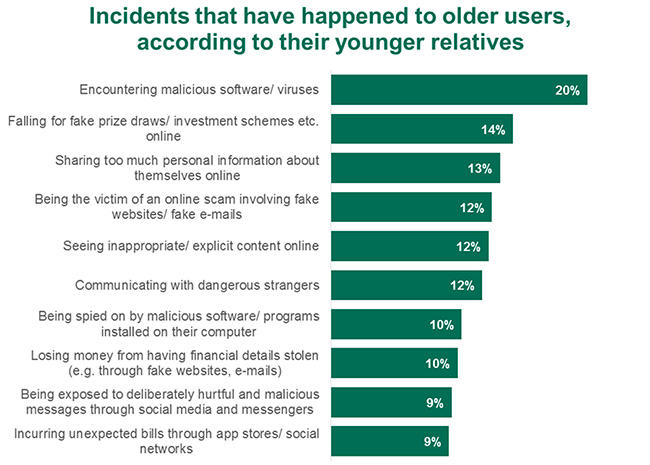 “On the one hand, it’s great to see that so many over-55s are using the Internet to shop, bank and stay connected with loved ones,” said Andrei Mochola, head of consumer business at Kaspersky Lab. “The report shows clearly that this generation is embracing a connected life, and all of the opportunities that come with it. On the other hand, however, it’s clear that the over-55s are not doing enough to protect themselves properly. Worryingly, they don’t even believe they are a target for cybercriminals, but they are putting themselves in danger time and again.”