While most organizations have a data breach preparedness plan in place, executives are not updating or practicing the plan regularly and lack confidence in its effectiveness, according to a study by the Ponemon Institute. 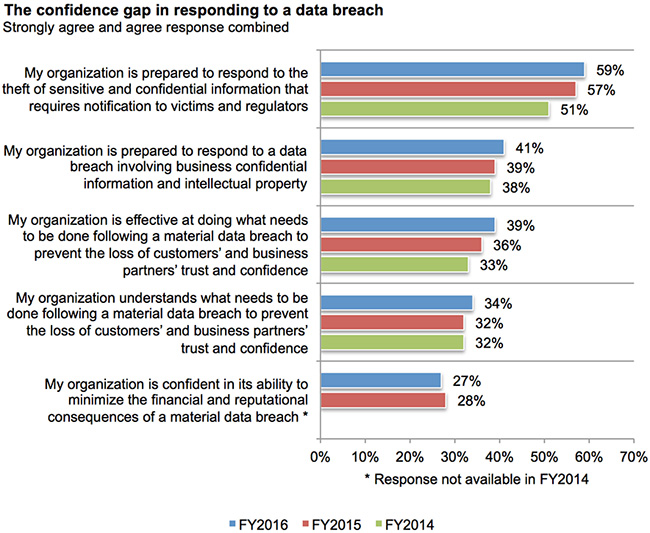 The fourth annual study shows that data breach preparedness certainly is on companies’ radar, and having a response plan in place is par for the course. The number of organizations with a plan increased from 61 percent in 2013 to 86 percent in 2016. However, despite this strong majority of companies that now have a response plan in place, 38 percent of organizations surveyed have no set time period for reviewing and updating it, and 29 percent have not reviewed or updated their plan since it was put in place.

Furthermore, only 27 percent of organizations surveyed are confident in their ability to minimize the financial and reputational consequences of a breach, and 31 percent lack confidence in dealing with an international incident.

“When it comes to managing a data breach, having a response plan is simply not the same as being prepared,” said Michael Bruemmer, vice president at Experian Data Breach Resolution. “Unfortunately many companies are simply checking the box on this security tactic. Developing a plan is the first step, but preparedness must be considered an ongoing process, with regular reviews of the plan and practice drills.”

“Investing in breach preparedness is like planning for a natural disaster. You hope it will never happen, but just in case, you invest time and resources in a response plan so your company can survive the storm,” added Bruemmer. 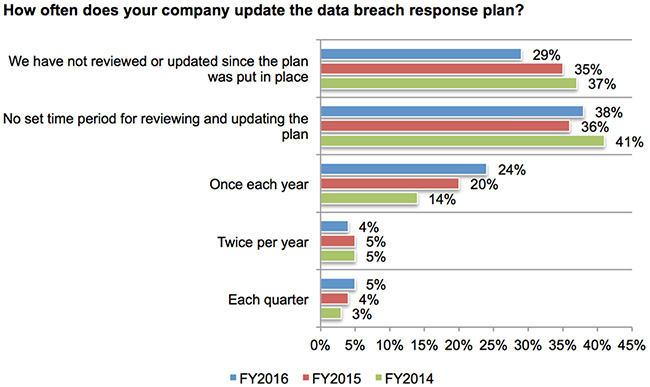 The good: Companies show an increase in the level of preparedness

The bad: Missteps and signs of complacency