Security and privacy of data and systems in the cloud remains a top worry for 70% of IT professionals worldwide, up from 63% in 2015, according to a new Cloud Security Survey by Netwrix. The top three cloud security concerns in 2016 are unauthorized access (69%), malware (37%) and denial of service (DoS) attacks (34%).

Cloud security concerns (up to 5) 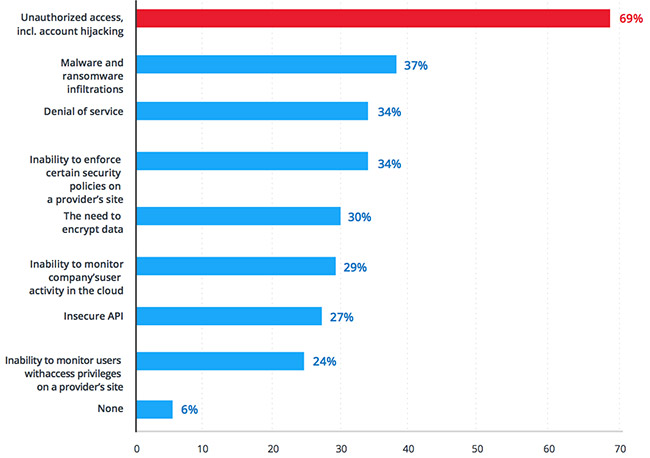 Even though cloud service providers make security a top priority, cloud computing is still associated with a number of risks, including potential for unauthorized access by employees and third parties, sophisticated attacks, and lack of visibility into what is happening across cloud IT environments.

Netwrix asked more than 600 IT professionals from technology, government, healthcare, finance, manufacturing and other industries about their thoughts on security in the cloud, their readiness to adopt the technology and possible ways to ensure data protection.

Cloud technology’s impact on security of IT infrastructure and data 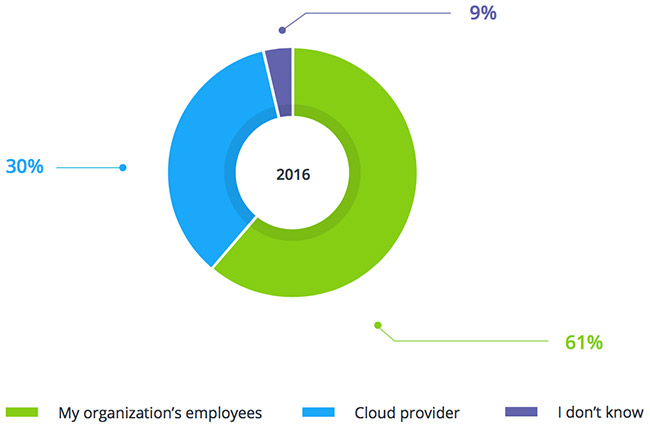 “The 2016 survey has revealed that despite cloud providers trying hard to secure the cloud environments, the majority of IT pros are still not convinced that the technology is safe enough — mainly because of the insider threat. Lack of visibility is the primary reason why security remains the top cloud-related challenge for many organizations. Advanced security solutions and an integrated view of activities both in the cloud and on premises will help companies increase user accountability, detect insider threats faster and prevent data exfiltration, thus minimizing the damage from unauthorized or incorrect user actions,” said Alex Vovk, CEO and co-founder of Netwrix.