Eight out of ten US consumers have a home data network and more than a third of them connect entertainment systems, gaming consoles and other smart devices to the Internet, increasing the risk of home cyber attacks, according to The Hartford Steam Boiler Inspection and Insurance Company (HSB). 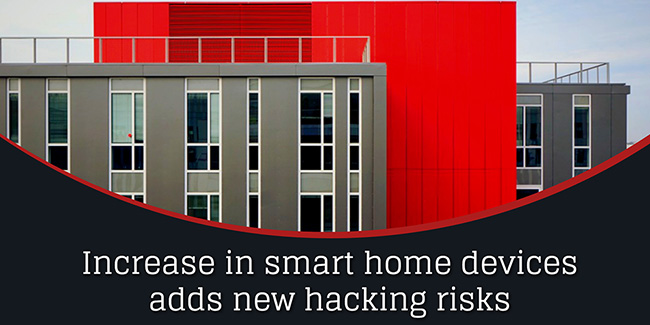 Of the 81 percent of consumers who said they have a Wi-Fi or other home data network, 38 percent had electronic devices other than personal computers, smartphones or tablets connected to the Internet. The connected devices include smart televisions, music systems, thermostats, security cameras, door locks, alarms, lighting, home automation and other smart devices.

Although cyber attacks on non-computing home systems and smart appliances are so far relatively uncommon (10 percent of those responding were victims), the increase in connected devices is creating a new pathway for attackers, the results showed.

“Cyber criminals are always looking for new targets,” said Timothy Zeilman, vice president and counsel for HSB. “And home devices like smart TVs and appliances are often designed for easy use and not security. Compounding the problem, many consumers don’t take even basic measures such as changing default passwords and updating security software.”

The most common type of non-physical damage experienced through attacks on home devices, appliances and systems were viruses or other unwanted software on their systems (59 percent) and damage to software or operating systems (45 percent).

The problem will likely get worse as the number of connected home devices increases, Zeilman said. In response, new cyber insurance coverages are becoming available for consumers. Once offered only to businesses, cyber insurance for individuals can pay for expenses related to cyber attacks on home computers, home systems, and appliances and other connected devices, cyber extortion, data breach and online fraud.