When 156 emergency sirens in Dallas started wailing around midnight last Friday, the city’s 911 line was flooded with calls by panicked citizens who wanted to know what was going on, and whether the city was under attack. 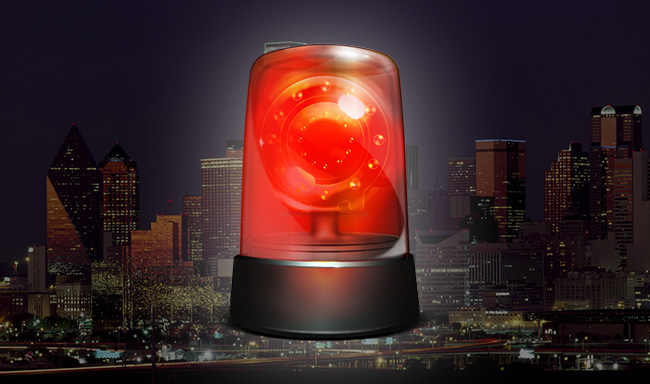 Fortunately for everybody, it wasn’t an actual emergency, and they could go back to sleep – except not, as the sirens kept going on and off up until 1:20 a.m. on Saturday, when finally the whole system was temporarily shut down.

It was initially thought that the emergency sirens system was malfunctioning, and fire dispatch crews were tasked with shutting the sirens off manually.

And it took a while for the authorities to discover what was going on, but they finally managed to figure out the system was being repeatedly hacked.

“We can state at this time that the City’s siren system was hacked Friday night,” the Dallas Public Information Office confirmed via a press release on Saturday.

“For security reasons, we cannot discuss the details of how this was done, but we do believe that the hack came from the Dallas area. We have notified the FCC for assistance in identifying the source of this hack.”

The PIO said that they are putting in safeguards to ensure this type of hack does not happen again. “Right now, our priority is to work on reactivating our system. We won’t know the health of our sirens until we reactivate the system.”

City of Dallas PIO Director Sana Syed informed the public that the outdoor warning siren system is back online on Saturday evening. She also replied to one concerned citizen that there is no indication that hackers can turn the whole system off if they wanted.

“This is yet another serious example of the need for us to upgrade and better safeguard our city’s technology infrastructure,” Dallas Mayor Mike Rawlings noted on his Facebook page, and added that they are working on identifying and prosecuting those responsible for the hack.

But as Rocky Vaz, director of Dallas’ Office of Emergency Management, noted, identifying whoever is responsible will be like “finding a needle in a haystack.”