Cryptographic security risks are amplified in DevOps settings, where compromises in development or test environments can spread to production systems and applications, according to a study conducted by Dimensional Research. 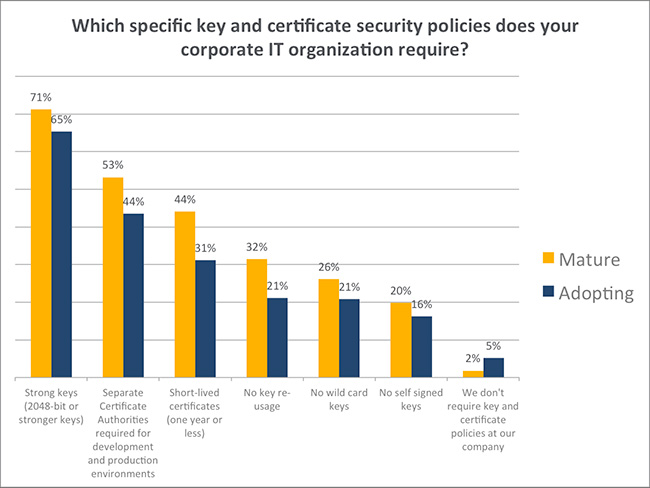 “It’s clear that most organizations are still struggling with securing the cryptographic keys and digital certificates used to uniquely identify machines,” said Kevin Bocek, chief security strategist for Venafi. “Although DevOps teams indicate that they understand the risks associated with TLS/ SSL keys and certificates, they clearly aren’t translating that awareness into meaningful protection. This inaction can leave organizations, their customers and partners extremely vulnerable to cryptographic threats that are difficult to detect and remediate.”

As the speed and scale of DevOps development intensifies, the use of secure encrypted communications explodes. Without robust security measures and practices, successful attacks that target DevOps keys and certificates can allow attackers to remain hidden in encrypted traffic and evade detection. According to a recent report from A10 Networks, 41 percent of cyber attacks used encryption to evade detection.

“If the keys and certificates used by DevOps teams are not properly protected, cyber criminals will be able to exploit SSL/TLS keys and certificates to create their own encrypted tunnels,” said Tim Bedard, director of threat intelligence and analytics for Venafi. “Or attackers can use misappropriated SSH keys to pivot inside the network, elevate their own privileged access, install malware or exfiltrate large quantities of sensitive corporate data and IP, all while remaining undetected.”