Many senior bank executives are confident about their cybersecurity strategy, yet a lack of comprehensive, practical testing is leaving gaps in their defense. 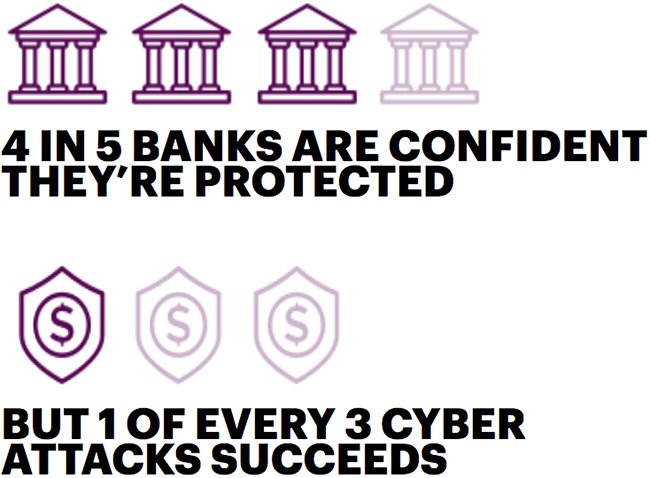 Accenture surveyed 275 senior security executives across the banking and capital markets sectors. It found that 78 percent of executives surveyed expressed confidence in their overall cybersecurity strategy, with more than half the respondents indicating high levels of comfort in their ability to identify the cause of a breach, measure the impact of a breach and manage the financial risk due to a cybersecurity event (cited 51 percent, 51 percent and 50 percent, respectively).

However, the analysis also points to ongoing security challenges for banks. For example, in addition to the many phishing, malware and penetration attacks that banks around the world receive each day, on average, respondents reported that their banks had experienced 85 serious attempted cyber breaches each year. Of these, about one third (36 percent) were successful, that is, at least some information was obtained through the breach. In these instances, it took 59 percent of banks several months to detect breaches that occurred.

Additionally, nearly half (48 percent) of respondents cited internal breaches as having the greatest cybersecurity impact and 52 percent indicated a lack of confidence in their organization’s ability to detect a breach through internal monitoring.

“Bank executives are clearly confident when it comes to their cybersecurity capabilities, but there is still much work to be done,” said Chris Thompson, senior managing director and head of financial services cybersecurity and resilience, Accenture Security. “Most cybersecurity assessment programs, while well-intentioned, are highly theoretical and based on known cyberattack practices. The reality, however, is very different. Fast-moving, dynamic threats are creating new challenges every day. Banks should focus on deploying practical testing scenarios that focus inside the perimeter to ultimately make the crooks’ job as difficult as possible.”

The importance of security awareness

While banks’ security teams detected a high number of each company’s breaches, virtually all (99 percent) of respondents said they learned about the remainder of the breaches from their own employees, pointing to the critical importance of establishing strong awareness, strengthening internal training programs and establishing effective internal escalation processes.

According to the report, developing and implementing the right governance model to drive a holistic approach to cybersecurity is critically important in strengthening a firm’s external and internal defense capabilities. Developing effective capabilities should be driven by a two-pronged strategy: focused cybersecurity assessments on one hand and comprehensive testing on the other.

Thompson added: “Banks have traditionally prioritized their cybersecurity investment around building higher, more secure walls. But this has often been to the detriment of their internal capabilities. While defending the perimeter is crucial, it’s often the people inside the walls that present the biggest risk, but also the biggest weapon in the fight for resiliency.”